Infra sector output up 6.6%, highest ever since April

Despite drop in growth of coal sector, the infrastructure sector recorded a growth rate of 6.6 per cent in October which is the highest ever in last six months , pushed by the stupendous performance o

MUMBAI: Despite drop in growth of coal sector, the infrastructure sector recorded a growth rate of 6.6 per cent in October which is the highest ever in last six months , pushed by the stupendous performance of steel and refinery products.

The core sector has made an encouraging start to third quarter of the current fiscal by increasing to 6.6% in October. The steel production continues to do well on the back of import curbs and cement production also rising possibly due to increased activity in the roads sector. As per the official data released on Wednesday, steel production jumped 16.9 per cent in October against contraction of 5.5 per cent in the year-ago period. 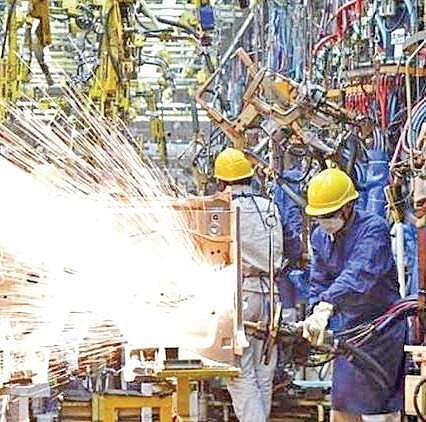 But electricity generation continues to suffer possibly on account of financial issues with the discoms. “Expect some improved performance in electricity from December onwards as revenue generation in the sector is likely to pick up on account of demonetization,” says Rishi Shah, Economist, Deloitte India.

The core sectors, contribute 38 per cent to the total industrial production. Riding on robust performance of the steel, cement and oil, it expanded by 4.9 per cent in April-October compared to 2.8 per cent growth in the same period of last year.

“This indicates that higher infrastructure spend is happening in the economy and it would definitely lead to a virtuous impact on the other sectors as we move to the next quarter. This sets the base for potential take off of the economy,” said Jaijit Bhattacharya, Partner, KPMG in India.

But the decline in coal production by 1.6 per cent in October as against 6.6 per cent last year and the dip in natural gas and crude oil output during October by1.4 per cent and 3.2 per cent, are a concern.