N K Singh-led committee recommends new roadmap for the government to change from a rigid fiscal deficit target to a flexible one.

NEW DELHI: India’s public debt management has got a new roadmap, which will help the government to set its borrowing goals on a fiscal deficit ‘range’ as against the existing system of chasing a ‘fixed’ target.

“The Panel has gone into every aspect that needed a change. We have made the suggestion keeping in view the transformations in global economic situation,” N Singh, former bureaucrat and economist, told Express. 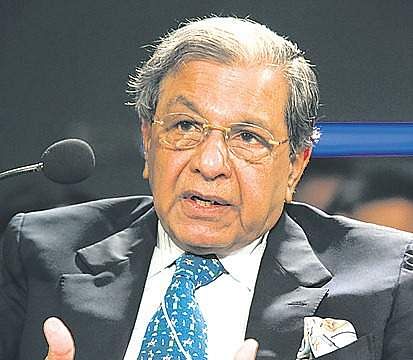 While the proposed changes are likely to be announced in the Union Budget 2018, those are expected to come into effect from 2019.

The panel’s report has set the platform for shift in a policy practice where the government was required, by law, to pursue a rigid borrowing target over a three-to-five year period. “There is a need to change the wrong concept of fiscal deficit and for this, the FRBM Act needs to be subjected to drastic amendments,” S Gurumurthy, noted economist and analyst, said at lecture last year.

The other members of the panel that was formed in May 2016 were RBI Governor Urjit R Patel, former finance secretary Sumit Bose, Chief Economic Advisor Arvind Subramanian, and Director of National Institute of Public Finance and Policy Rathin Roy. The mandate of the committee was to review the FRBM Act.

Singh said the first volume examines the issue of the fiscal policy, fiscal roadmap, international experience and recommendations, while the second volume includes experiences of organisations such as Organisation for Economic Co-operation and Development, the World Bank, the International Labour Organization. The third volume deals with Centre-state issues and the fourth volume contains views and suggestions of ‘domain experts’ — both national and international.

Under the current practice, the target for fiscal deficit — a measure of how much the government borrows in a year to meet part of its spending needs — is determined by the FRBM Act. “FRBM law, with its faked limits, acts against growth,” said Gurumurthy in an article published in Express early this year.

A fixed fiscal deficit target mandated by the FRBM Act restricted the government space to quickly borrow and raise state-led investment to pump prime the economy during slowdown.

Stay up to date on all the latest Business news with The New Indian Express App. Download now