I was seeking happiness without understanding it. Even now, I don’t know what it is,” confides Yaga Venugopal Reddy, accomplished central banker, bureaucrat, economist and author.

MUMBAI: I was seeking happiness without understanding it. Even now, I don’t know what it is,” confides Yaga Venugopal Reddy, accomplished central banker, bureaucrat, economist and author.
The pursuit of happiness, not wealth, is strikingly philosophical and seemingly strange, for someone known for his brilliance in manoeuvring the country through the complexities of economics and finance. But Reddy makes his point: It is one of those things all of us are looking for...all the time. In fact, all products of an economic system like education, freedom, etc, attempt to improve the citizen’s well-being.

Reddy is a knowledge-powerhouse, and his amped-up energy fills the room. There’s plenty to talk, but as usual, he first indulges in social niceties. “Could I tempt you to a hot chocolate?” he asks with a mischievous child-like grin. As for himself, he toys between south Indian filter coffee and hot chocolate, but settles for the latter. 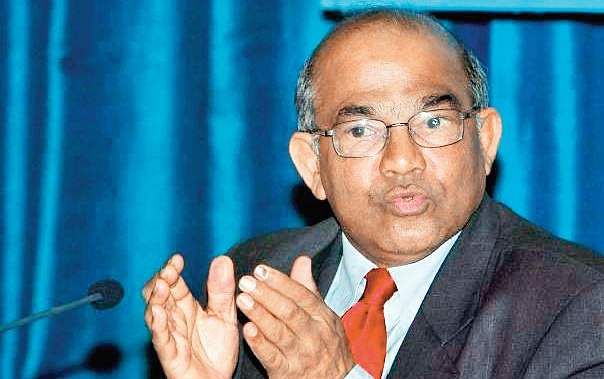 We are at the rooftop meeting room in Trident Hotel, Mumbai on a windy morning. Settled comfortably on a rosewood chair next to a huge glass wall overlooking the Arabian Sea, he looks like a philosopher musing on the vast expanse of knowledge he has partly cracked. But it isn’t twilight yet for the 75-year-old. He wakes up at 4 am every morning and reads and writes at his home-cum-office. “There’s no free time,” he says as a matter-of-fact.

As RBI Governor, Reddy’s great service to the nation was rescuing the Indian banking system from the colossal 2008 financial crisis. This won him global acclaim with none other than Nobel Laureate Joseph Stiglitz acknowledging: “If America had a central bank chief like Y V Reddy, the US economy would not have been in such a mess.”

Reddy though is humble and witty as ever: “I became popular as an ex-governor!”
Achieving what he did wasn’t easy. His steadfast views deepened fissures between Mint Street and the North Block, while his relationship with former Finance Minister P Chidamabaram soured, compelling him to nearly step down twice. Looking back, Reddy has no regrets. He is firm that the central bank must be independent without offending the government, while the latter seeks control. In a way, he believes, both complement each other. So, are the recent rate cut demands by the government reasonable?  “Not just in India, but generally, governments want low inflation,” he says adding the clamour was partly, ‘too much noise.’

This plain-speaking and the Ivy League tradition of calling a stupid argument, stupid, didn’t go down well with the powers that be throughout his tenure as a bureaucrat and the regulator. Nonetheless, his sharp wit and pragmatism defused tense moments. Once, when asked for his views on RBI’s independence, Reddy quipped, “The RBI has full autonomy. I have the permission of my finance minister to tell you that.” On a serious note, it’s a theme he dealt with at length in his autobiography, “Advice and Dissent: My Years in Public Service.”

Born in 1941 in Patur village in Andhra Pradesh, Reddy was the eldest among four siblings. His father was a civil servant, travelled extensively and often, transferred. This meant frequent changes in schooling. But Reddy, the youngest and shortest in his class, effortlessly excelled in studies, with superior debating skills and dogged determination. When he was rejected for the NCC for being too young, Reddy did not give up. After a few days, the recruitment officer finally agreed, wondering, “How will you manage? You are smaller than the rifle you have to carry!” A happy Reddy shot back: “Sir, I will grow taller. But the rifle will stay the same.” The officer laughed and let him through.

He wanted to be an engineer, but was underage to enroll. Since he was good at math, he took up economics, but once in, he understood its rigorous, analytical way and how it can impact people. He didn’t want to look back, but first, he had to fulfill his father’s wish. So he cleared the IAS in first attempt scoring 12th rank and joined the service in 1964. His straightforward approach ruffled feathers and was transferred frequently. When one such stint in Ongole was cut short, he left for the Netherlands to pursue a diploma course in planning.

Reddy’s first overseas trip was somewhat overwhelming due to cultural differences. When a fellow diner saw him eating with fingers, he observed disapprovingly: “You’re eating with your fingers.”
“Yes, I am. Can you eat with your fingers?” Reddy asked.
“Well, no,” the man replied.
“No? But I can eat with a fork and knife. And I can eat with my fingers. I can do both,” Reddy gave it back in his inimitable style.

The course drew him to econometrics, in which he stood first in input-output analysis. He was awestruck by its scope and opportunity and applied the theories back home. What followed were diverse stints in India and abroad including World Bank and IMF missions. He was often behind the scenes until the RBI offer pushed him into the mainstream.He was one of the first votaries of privatization and oversaw one of the earliest cases with Allwyn Nissan Ltd in 1989. “The world changed, theory changed, but we didn’t change fast enough,” Reddy notes in his book. This holds true even today, going by the government’s unsuccessful disinvestment attempts in PSUs.

During 1980s, when the Congress government pursued high growth without paying attention to the ballooning fiscal deficit, it subsequently snowballed into an unprecedented Balance of Payments (BoP) crisis. Reddy, who was then the joint secretary along with select senior officials in the RBI and the Ministry of Finance, was entrusted with a top-secret mission to fix the country’s wobbly finances including taking sensitive decisions to pledge gold.

Always dressed in business casuals, Reddy is an intellectual with a difference. He believes economics is mission control for mankind and sound policies and regulations the fulcrum of growth. So should the RBI heed government or bankers’ demands to relax Basel III or provisioning norms? “Just because a patient has fever, you can’t change the thermometer!” he concludes.