The bank had earned a profit of Rs 3,238.91 crore in the April-June quarter of last fiscal.

As of June 30, HDFC Bank's gross non-performing assets (NPAs) increased marginally to 1.24 per cent of gross advances as against 1.04 per cent at the end of first quarter of the last fiscal. 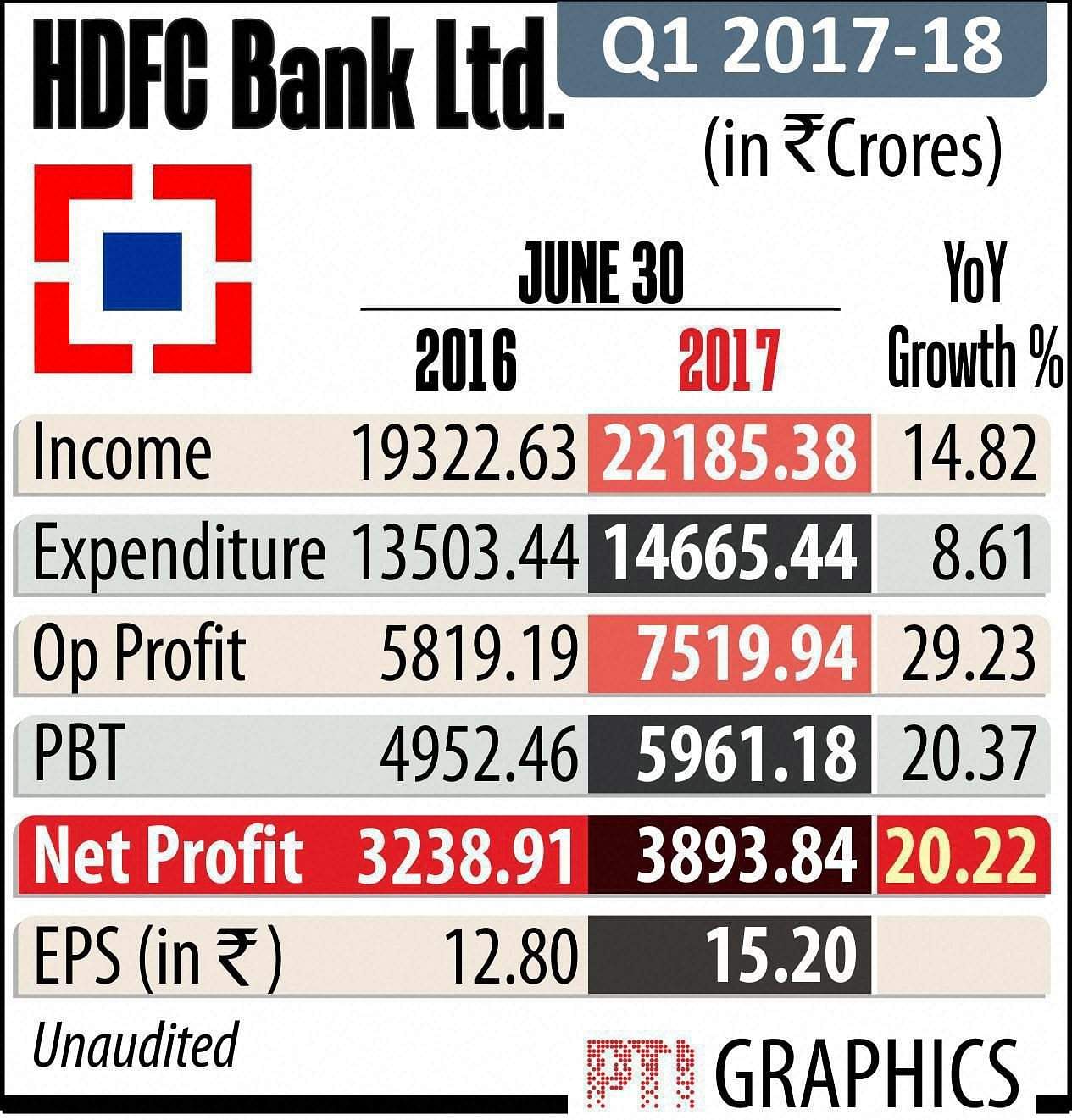 Net non-performing assets stood at 0.44 per cent of net advances as on June 30 as against 0.32 per cent reported in the first quarter of the previous fiscal.

Shares of HDFC Bank were trading 0.80 per cent higher at Rs 1,717 in afternoon trade on BSE.

Now we are on Telegram too. Follow us for updates
TAGS
HDFC Bank Annual General Meeting Q1 profits