Bank of India banks on ‘Mission Samadhan’ to tackle NPA

Public-sector lender Bank of India, which has managed to bring down non-performing assets considerably and post an impressive 40 per cent jump in net profit the second quarter, expects t

CHENNAI : Public-sector lender Bank of India, which has managed to bring down non-performing assets considerably and post an impressive 40 per cent jump in net profit the second quarter, expects to close the current financial year (FY18) with a credit growth of nine per cent. To achieve this target, the bank will sharpen its focus on mid-sized and retail loans, Dinabandhu Mohapatra, managing director and CEO of the bank, told Express.

“After a lengthy hiatus, we managed to post profit in the first quarter and modest growth in the second quarter. Going forward, we are confident to achieve better growth as we have recognise bright prospects to cut NPA levels even more,” said Mohapatra.The bank has lined up non-core assets over a period of time as its shores up its capital base, he added. “Now, with the market scenario becoming more encouraging, we are planning to sell non-core assets over a period of time to strengthen our capital base.” 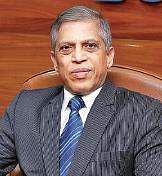 Tackling NPAs
In a bid to contain bad loans, BoI has initiated a host of measures including ‘Mission Samadhan’. Under this, the lender will invite NPA borrower and conduct sessions across every villages for cluster of branches in the area to discuss settlement proposals. So far, the bank could settle over 50,000 cases amounting to `2,000 crore, Mohapatra said.“Our provision coverage ratio has improved to 65 per cent, one of the highest in the banking sector,” he said. Distinguishing itself from other PSU banks, Mohapatra said, “We have some of the big accounts in the first list of defaulters that was referred to the NCLT and we have 100 per cent provisioning, which puts us in a very advantageous position.”

BoI’s exposure in the second list is around `3.500 crore in 17 accounts, he said, adding that the bank has more than 50 per cent provisioning for these accounts.
According to Mohapatra, BoI is the sole player who has managed to reduce its NPA both in absolute terms and percentage terms. “We began the NPA identification process much before RBI. We have different approaches for large accounts, medium accounts and small ones. That said, we are confident in coming days our NPA position will be quite comfortable and slippage will be less than the previous year.”

The lender’s gross NPAs declined gradually to `49,307 crore in the September quarter from `51,019 crore in the June quarter and `52,045 crore in the March 2017 quarter. Similarly, net NPA has also came down to 6.4 per cent from 6.9 per cent in the last quarter because of higher provision.

Consolidation
Bank of India is working on a strategy, which aims to strengthen its systems and processes on a quarter-to-quarter basis as it wishes to focus on re-balancing and profitability more than just growth. “We will also focus on asset composition, quality and capital maximisation, and we feel these are more important than growing our business,” Mohapatra said.

Credit outlook and recap boost
The bank has already raised `500 crore and will be accessing the market again through a QIP. According to Mohapatra, now, with the availability of organised data post the implementation of GST, there is huge potential for banks to lend to small businesses --- a section where lending remained flat or has shrunk in the past few years.BoI expects the government’s recapitalisation programme to extend credit growth, especially to productive sectors such as SME and the infrastructure segment.

Loan portfolio
When it comes to rebalancing the loan portfolio, diversifying risk and maximising revenue is the key. “The target over the next one-and-a-half years is to ensure that the retail portfolio (home loans, agricultural loans, mortgage loans, auto loans and micro, small and medium enterprise loans) grows to 55 per cent, and to take the corporate portfolio to about 45 per cent.” The bank has increased retail to 52 per cent from 48 per cent in June 2015. The corporate portfolio now stands at 48 per cent.

Mohapatra expects farm loan waivers to impact the entire banking industry due to their high exposure to agriculture and farmer loans. However, BoI has the least NPA in agriculture portfolio, he claimed. “It contributes 16-17 per cent of our loan book and we’ll continue to focus on this segment as it contributes largely to our economy,” he concluded.