In an attempt to expand its insurance business in India, Magma HDI General Insurance, will enter the health insurance segment by focusing on new products and tapping new consumers. 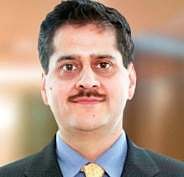 Magma HDI General Insurance wants to leverage its existing capacity in general insurance and looks to tap the unadressed market to chart its growth path.Speaking to Express on the company’s growth strategy, Vikas Mittal, deputy chief executive officer of Magma HDI, said, “Around 80 per cent of Indians do not have health insurance. Even with such under penetration levels,  health insurance sector stands at about Rs 30,000 crore in India, providing huge scope for growth. Therefore, we are focusing on reaching out to unaddressed segment of population,  rather than competing with existing players by trying to reach out to  already insured population.”

In order to bring new consumers into the health insurance fold, Mittal said, the company will come up with products that address the needs that haven’t been addressed till now.“Our OneHealth insurance policy offers cover for rarely addressed conditions like bariatric surgery, psychiatric treatments, home visit treatments, loss of income and others, which other companies mostly do not offer at present,” Mittal said adding that this would give them an edge in acquiring new consumers.

Growth plans
Magma HDI General Insurance has 86 branches and a network of more than 2,000 intermediaries across the country. It is aiming to achieve 20 per cent of its total business from the health insurance segment over the next three to four years

Now we are on Telegram too. Follow us for updates
TAGS
Magma HDI General Insurance