It lobbied to flout 5/20 rule, which says a carrier should have five years experience in running domestic operations and a fleet size of 20 aircraft for it to apply for permit to fly international. 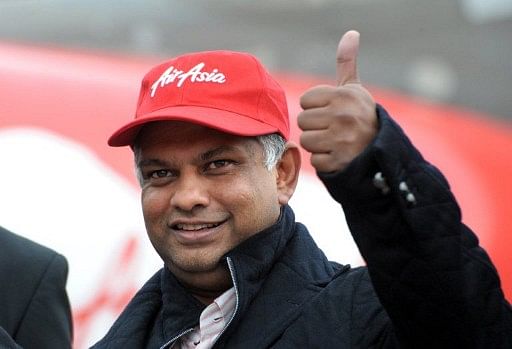 Among those named in the FIR are senior management officials of AirAsia, including group CEO Tony Fernandes, and unnamed officers of the civil aviation ministry and the erstwhile Foreign Investment Promotion Board. R Venkataramanan, director AirAsia (lndia), and Tharumalingam Kanagalingam, deputy group CEO of AirAsia Berhad, Malaysia have also been named in the FIR.

The main charges against the company are that it tried to influence government officials to remove a clause in the aviation policy, the 5/20 rule, which says a carrier should have five years experience in running domestic operations and a fleet size of 20 aircraft for it to apply for permit to fly international.

AirAsia India, founded in 2013, allegedly spent 13 crore to lobby with government officials for a favourable decision. Reports say a Cabinet note was floated in February 2014 to amend the 5/20 rule but it did not move forward as the model code of conduct for the Lok Sabha elections kicked in. The five-year requirement was removed in 2016 by the NDA government.

The CBI also charged the airline with flouting FDI norms by making AirAsia India a de facto subsidiary indirectly rather than a JV. “This structure was indirectly formalised through a ‘Brand License Agreement’ signed between AirAsia (lndia) (represented by Tony Fernandes) and AirAsia, Berhad (represented by Tharumalingam Kanagalingam) in 2013. As per the then FDI policy, foreign airlines can own up to 49 per cent shares in domestic airlines but management control must remain with the Indian partner,” CBI said in its FIR. AirAsia refuted the charges in the FIR.

Those named in the FIR

Now we are on Telegram too. Follow us for updates
TAGS
AirAsia Tony Fernandes

Trust in the KHAP: How caste equations are at the heart of the 2022 Gujarat elections

Fundamental duties should be the first priority of citizens: PM Modi

Kartik Aaryan says he had disturbing nights because of 'Freddy'