The National Payment Corporation of India (NPCI) in collaboration with Bill & Melinda Gates Foundation and CIIE.

The National Payment Corporation of India (NPCI) in collaboration with Bill & Melinda Gates Foundation and CIIE.CO have sought ideas, solutions from innovators and start-ups across India to come up with an application, which would enable Unified Payment Interface (UPI) for feature phone users across the country.

The initiative aims to enable half a billion feature phone users in India mostly from rural and semi-urban areas to use UPI for cash transactions without having to upgrade to smartphones. Although, smartphone shipments have grown aggressively in India over the past few years, feature phones still account 56 per cent of the mobile market.

The affordability factor coupled with simple interface and long battery life has positioned feature phones as India’s favourite despite the disruptive entry of the low-cost smartphones in the Indian markets.The new initiative aims to provide a platform for incubation, accelerating and seed funding any start-up/innovator, which comes with the unique app that could be used by feature phone users in the country. The cash prize for the innovation has been fixed at `70 lakh or $100,000, in addition to piloting these solutions with the NPCI.

The announcement, which was recently made in Bengaluru under a Grand Challenge is aimed at converting India into a cashless economy. “The poor and rural communities have not yet significantly 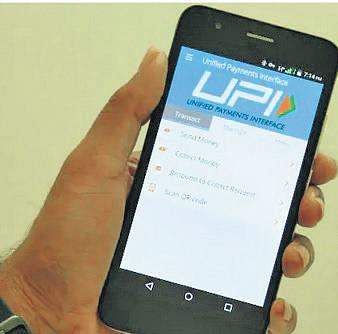 The efforts made to include everyone through the current digital payment systems are encouraging. Grand Challenges initiative that will enable payments from feature phones is a really exciting prospect. The solution will foster a diverse ecosystem that will include and benefit everyone,” said Pawan Bakhshi, India lead, financial services for poor, Bill & Melinda Gates Foundation.

As per a report by the market intelligence firm International Data Corporation, India’s feature phone shipments droped by 37 per cent in July-September quarter Y-o-Y with homegrown brand Jio still leading the feature mobile pack, although Samsung and Lava also had a substantial market share. But analysts are saying that feature phones are here to stay in India, especially when brands are keen on introducing new capabilities such as 4G in these handsets.

Now we are on Telegram too. Follow us for updates
TAGS
UPI NPCI Unified Payment Interface Phone payment