ShareChat survey said that maximum conversations among users happened on the Independence Day, although the highest traffic was observed on February 14.

BENGALURU: As per the 2019 User Generated Content (UGC) Trendz report of India’s leading regional social media platform ShareChat, major conversations on its platform revolved around entertainment and romance, with 23 per cent and 14 per cent (respectively) of the users posting content from these genres. ShareChat currently has 60 million active users monthly, spread across 15 languages. Nationalism and politics trended the highest with a majority using the hashtags ‘Elections 2019’, ‘Pulwama Attack’ and ‘Wing Commander Abhinandan Varthaman’, the analysis revealed. 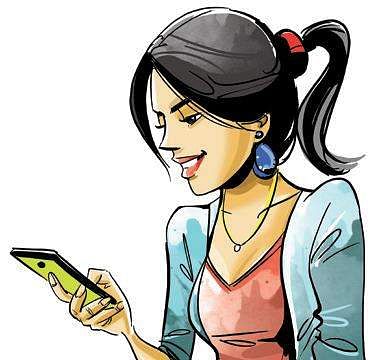 ShareChat survey said that maximum conversations among users happened on Independence Day, although the highest traffic was observed on February 14.

Hindi, Tamil and Telugu led the content creation with 22.5 per cent, 19.4 per cent and 13 per cent share respectively. Visuals ruled the roost on ShareChat with formats spanning images, videos and gifs posted by 450 million users and more than 580 hours of video content having been played on the platform.

“ShareChat demonstrates the demography of India with diversity in mindsets, interests and preferences in terms of art, culture, food and, more importantly, its dialects. The same is also reflected in the UGC behaviour of Indians coming on the platform. These s y n e r g i e s make Share- Chat a preferred platform for native language users.

The last five years have been a great learning experience and we have grown from zero to 60 million monthly active users, mostly organic way as we truly understand the heart and pulse of every native language user and connect well through our platform,” said Sunil Kamath, chief business officer, ShareChat, adding that regional language has led thousands of micro-influencers to evolve at the grass-root level.

“Various brands have already started engaging with them on ShareChat to drive hyper-personalised brand experiences, which are impactful and are driving greater results for these brands,” Kamath said.

Now we are on Telegram too. Follow us for updates
TAGS
ShareChat