The shortfall in tax revenue has effectively shifted the debate from inflated and fake input tax credit claims and non-filing of returns to rationalizing the rate structure.

HYDERABAD:  Even as the pitch to overhaul Goods and Services Tax rates is firming up, analysts believe the revenue shortfall of states can be plugged with an increase in tax buoyancy and elimination of leakages.

The Centre owes states about Rs 50,000 crore, and with some states, such as Kerala and Punjab, threatening to move the Supreme Court over non-payment of dues, the GST Council in its meeting next Wednesday has fewer choices: increase rates to mop up additional revenue, increase cess or bring more items into the ambit of cess. 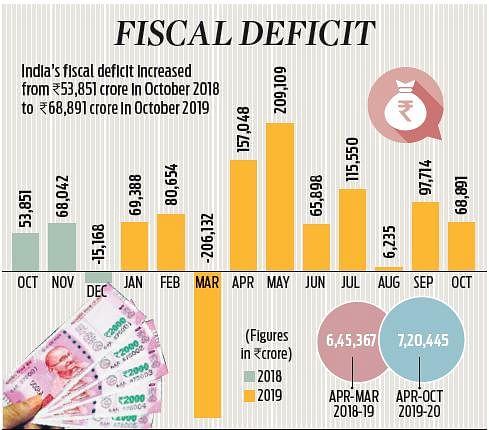 Any overhaul of the latter will be a first since GST came into effect. Currently, cess is confined to items that fall in the 28 per cent category.

States too are proposing a levy of compensation cess on some goods under the 18 per cent slab to garner higher revenue. Last month, while cess collection stood at Rs 7,727 crore, states’ claims were in excess of Rs 14,000 crore.

But analysts feel the move will be inflationary as the 5 per cent slab includes basic clothing and everyday food items. “Raising the 5 per cent slab makes little difference and won’t help meet the objective of compensating states’ revenue shortfall,” said an official from Grant Thornton. According to Suvodeep Rakshit of Kotak Institutional Equities, tax buoyancy will remain under pressure given the declining nominal GDP growth.

The shortfall in tax revenue has effectively shifted the debate from inflated and fake input tax credit claims and non-filing of returns to rationalizing the rate structure. However, experts insist that after any change in rates, traders should be given sufficient time to avoid confusion and procedural chaos. “Importantly, plugging revenue leakages, eliminating fake input tax credits and tax evasion is crucial to ensure tax buoyancy,” he added.

Thanks to bleak tax collections, it now appears certain that the devolution of funds to states too will take a hit, mounting further pressure on the Centre, which also has the mandate to compensate states if their annual revenue growth dips below 14 per cent.

Now we are on Telegram too. Follow us for updates
TAGS
GST Taxes