The much awaited draw for the Delhi Development Authority’s (DDA’s) housing scheme 2019 will be held on Tuesday.

The much awaited draw for the Delhi Development Authority’s (DDA’s) housing scheme 2019 will be held on Tuesday. Under the scheme, 18,000 newly constructed flats in Narela and Vasant Kunj will be up for sale, for which the land-owning agency had received 45,000 applications.
A senior DDA official said, “The draw will take place at DDA headquarters — Vikas Sadan —and will start at 12 noon. The draw will be based on a random number generation system and will be conducted in the presence of judges and senior officials.” 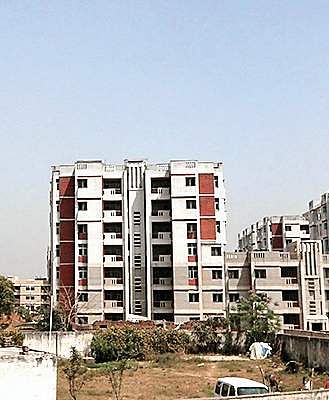 The entire process of the draw can also be seen by the public through a webcast. The applicants who wished to see the live proceedings may also visit the DDA headquarters. Once the draw is complete, the DDA will start issuing demand-cum-allotment letters to the new allottees.
The housing scheme, launched in March this year, received a lukewarm response due to which the last date for submitting the application form was extended till May. For its 450 Higher Income Group (HIG) category flats in Vasant Kunj, a total of 28,900 applications were submitted and nearly 35,000 people have applied for its Middle Income Group (MIG) flats.

In March, DDA had launched the scheme offering 18,000 flats in various categories ­­­­­­­­­­­­­­­­­­­­­­­­­­— 8,300 Lower Income Group (LIG), 1,550 MIG, 450 HIG and 7,700 for Economically Weaker Section (EWS) flats. While the number of applications received this time is far less when compared to the DDA’s 2014 housing scheme, the agency expects all houses to be sold under one hammer. The scheme was available online.
The DDA had recently approved a proposal to reduce the cost of EWS flats in Narela, part of the online scheme 2019, by up to 40 per cent of the construction cost. For this scheme, the DDA has also done away with five-year lock-in period, except for the EWS category, which bars resale of flats before five years from the date of its allotment.

The application process this year was not available offline and required applicants to  pay the fee and upload the scanned photograph and signature online.