A host of Indian companies have played a critical role in Indian Space Research Organisation’s (ISRO) most complex mission so far — Chandrayaan-2.

NEW DELHI:  A host of Indian companies have played a critical role in Indian Space Research Organisation’s (ISRO) most complex mission so far — Chandrayaan-2. While firms like Godrej Aerospace and L&T Aerospace, Ananth Technologies and MTAR Technologies, Inox Technologies and Lakshmi Machine Works are widely known to have powered ISRO’s second historic mission, the little-known Centum Electronics, Avasarala and Karnataka Hybrid Microdevices will soon have something special to tell its customers: some of its products will be on the moon. 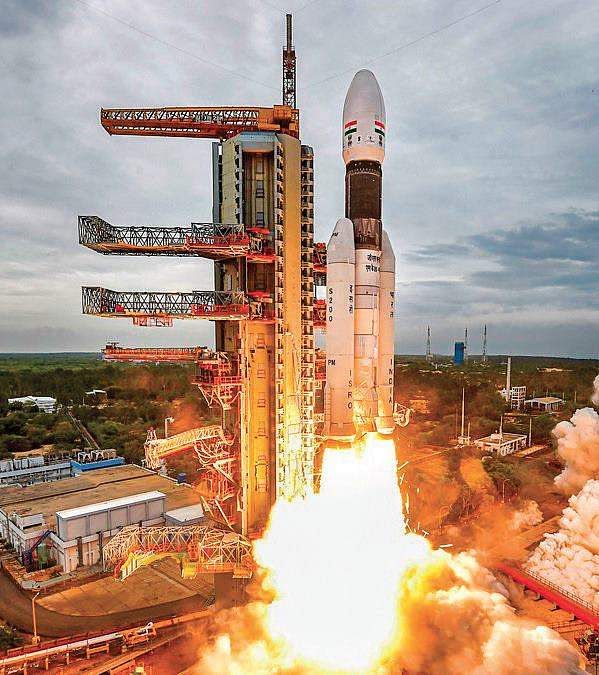 Dubbed as Baahubali, the `978 crore unmanned mission lifted off from the second launchpad at Satish Dhawan Space Centre into the skies on July 22 and is expected to land near the Moon’s south pole, an uncharted territory, in the first week of September.

The state-run agency works with some 400-odd firms in the country, with businesses ranging from under `1 crore to `200 crore a year. Nearly 80 per cent of the launch vehicle and 60 per cent of the spacecraft are made privately by firms that work with ISRO. For instance, Centum is one of the largest contractors and makes some 400-500 components for each Indian space mission.

“Godrej’s contribution to the mission includes critical equipment such as L110 engine and CE20 engine for the launcher GSLV Mk III, thrusters for the orbiter and lander, and components for the DSN antenna,” said S M Vaidya, executive vice-president and business head, Godrej Aerospace, adding that working on ISRO missions has had spinoff benefits for the company.

Besides manufacturing, L&T also supplied hardwares like Umbilical and Honey Comb Deck Panels that were used in this launch.JD Patil, executive vice-president for L&T Aerospace said, “We have played a vital role in powering ISRO’s second historic mission to the moon, by providing number of critical flight hardware, sub-systems and assemblies.” The company is developing new infrastructure in Coimbatore that will make components for ISRO.

Stay up to date on all the latest Business news with The New Indian Express App. Download now
TAGS
Chandrayaan 2