This led to a backlash from the Centre, which said it would result in similar actions by other states and undermine the authority of agencies responsible for determining tariffs.

The Andhra Pradesh government recently constituted a High Level Negotiation Committee (HLNC) to renegotiate tariffs set under Power Purchase Agreements (PPAs) entered into by its power distribution companies (DISCOMs) with wind and solar power generators. The government said that high tariffs had driven the DISCOMs into nearly Rs 20,000 crore of losses as of July 2019.The state government went on to say that the tariffs fixed by the Andhra Pradesh Electricity Regulatory Commission (APERC) and the bidding process had not revealed the true market price and directed power producers to halve the tariffs to Rs 2.44 per KWh for solar projects and Rs 2.43 for wind.

This led to a backlash from the Centre, which said it would result in similar actions by other states and undermine the authority of agencies responsible for determining tariffs. But AP’s energy department decided that recovery notices would be issued to power generators for losses caused to DISCOMs and that all PPAs in the pipeline would be cancelled. Industry associations consequently moved the Andhra Pradesh High Court (APHC), which has put a halt to the stand-off for now by dismissing the HLNC and directing AP to clear the dues of power generators.

Challenges faced by PPAs
The Electricity Act, 2003 has several provisions on tariff determination. Under Section 62, a commission is empowered to determine and approve tariffs, while Section 63 lays down that the bidding processes should be transparent and in accordance with the Centre’s guidelines. As with any long-term energy project, tariff revisions are usually permitted in two scenarios: change in law or by force majeure. In all other cases, disputes can be classified as:

(a) Cases where disputes arise with respect to the exact tariff order applicable, with commissioning delays (a common occurrence) leading to uncertainty. In such cases, the Supreme Court has adhered strictly to the PPA and discouraged exercise of inherent regulatory power by a state commission after a PPA has been executed.

(b) Cases where one of the parties unilaterally seeks tariff re-determination. In this context, judicial precedents indicate that a distinction exists between PPAs under Section 62 and Section 63. In the latter case, the SC has consistently rejected pleas for redetermination of tariffs. 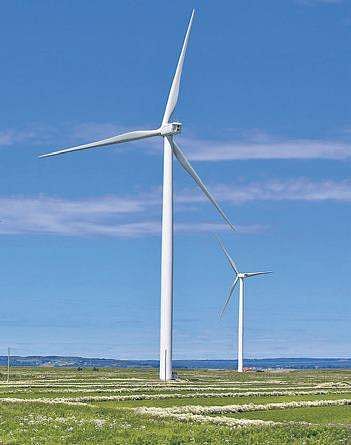 Energy players have submitted to the APHC that the DISCOMS have failed to fulfil payment obligations; were seeking to unilaterally and arbitrarily reduce tariffs; and were threatening to terminate PPAs which could not be altered without the consent of all parties. Further, the AP government was overreaching its authority since it was not a party to any PPA, they argued.

But the AP government held that one of the major reasons for DISCOMs’ financial troubles “is the issue of abnormally priced wind and solar PPAs entered in the recent years”. It contended that it could issue the order since: (i) electricity fell under the concurrent list; (ii) Sections 11, 65 and 108 of the Act gave it power and; (iii) the GO was issued in public interest.

However, APHC was of the view that tariff determination was not a policy decision under the state’s purview and directed APERC to look into it. Pending such adjudication, APHC ordered a reduction in current tariff as an interim measure.

Practical Implications
While the SC has consistently leaned towards maintaining the sanctity of PPAs, the APHC has deviated from such an approach. By its interim order, it has set a worrying precedent as DISCOMs in other states can follow suit. This will threaten the sanctity of PPAs and have an adverse impact on foreign and domestic investments.

The Union Ministry of Renewal Energy had also directed DISCOMs to issue Letters of Credit to private renewable energy producers for failing to clear their dues. The DISCOMS have filed a writ petition before the APHC, resulting in a stay, and how the court adjudicates remains to be seen.
For now, albeit briefly, DISCOMS can breathe a sigh of relief!(The authors are part of Tatva Legal Hyderabad. Views expressed are personal.)