Home renovation and interior design platform Livspace on Wednesday said that it has launched operations in the South East Asian region with its entry into Singapore.

Home renovation and interior design platform Livspace on Wednesday said that it has launched operations in the South East Asian region with its entry into Singapore. According to statements from the start-up’s top executives, the company will invest around $30 million into growing its business in the city-state. This will mark the first phase of the platform’s expansion into the wider Asia Pacific region, where it plans to enter several other markets from 2020 onwards.

Livspace currently operates a three-sided marketplace and a design automation platform which connects  homeowners with certified designers and product vendors. The platform’s algorithm uses data science technology to match homeowners with the best designers based on the former’s budget, preference, scope of work, and timeline of the work. 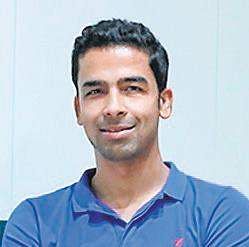 Livspace also has a proprietary design-to-installation platform called Canvas, which allows users to get the look and feel of their potential homes and provides easy access to related products and services.“Over the next 30 months, we aim to build Livspace into a $500 million business, operating across APAC, and solve the renovation problem for tens of thousands of homeowners. Singapore marks the first step in our APAC growth and will serve as the headquarters for our global expansion,” said Livspace co-founder and CEO Anuj Srivastava.

Meanwhile, Ravindran Shanmugam, the country head for Livspace Singapore pointed out that the Singapore market is highly attractive. “Its $5 billion home design industry is growing at 10 per cent on year,” he said. The company also plans to have around 250 employees in Singapore and aims to onboard thousands of freelance designers, contract manufacturers, original equipment manufacturers, and brands to beef up its supply chain over the next few years.

It will also invest in building an omnichannel offering through the use of emerging tech like augmented reality, virtual reality, and platform-integrated physical design experience centers.Livspace, which is currently present in nine metro areas across the country, claims to have designed around 20,000 homes, working with about 3,500 registered designers since its inception. It has also secured several investors, including Ingka Group, while also raising around $70 million in a series C funding round which was co-led by Goldman Sachs and TPG Growth last year, with existing backers Bessemer Venture Partners, Helion Ventures, and Jungle Ventures also participating.