Segment-wise health, hygiene and nutrition segment, which is 80 per cent of its portfolio, grew 10 per cent on a year-on-year (y-o-y) basis.

NEW DELHI:  After months of turbulence, there are now clear signs of an uptick in demand in the fast-moving consumer goods (FMCG) industry. “...We believe that the worst is behind us and we are cautiously optimistic on demand recovery,” acknowledged Sanjiv Mehta, chairman and managing director of Hindustan Unilever Limited (HUL) on Tuesday. 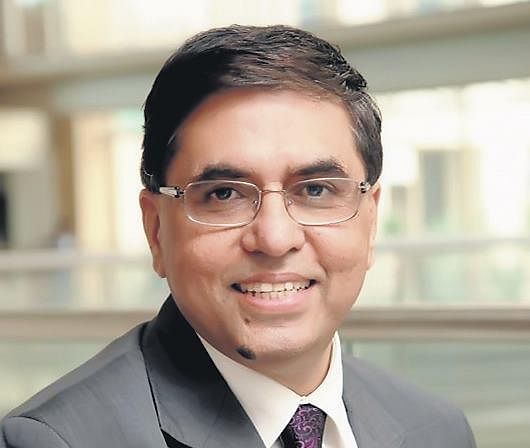 The country’s largest FMCG firm reported a 8.6 per cent rise in consolidated net profit to Rs 1,974 crore in second quarter. Revenue stood at Rs 11,510 crore, up 15.19 per cent. The acquisition of GSK Consumer Healthcare business, including brands like Horlicks and Boost, in April proved highly beneficial for HUL since a major chunk of its revenue growth during the second quarter was due to the growth in the health and hygiene portfolio. HUL’s domestic consumer growth, excluding the impact of acquisitions, was just 3 per cent. Including the acquisitions, the same was 16 per cent, the company said.

Segment-wise health, hygiene and nutrition segment, which is 80 per cent of its portfolio, grew 10 per cent on a year-on-year (y-o-y) basis. On the other hand, contraction in its discretionary category, which is 20 per cent of the portfolio, narrowed. In the September quarter the decline was 25 per cent y-o-y compared to a 45 per cent decline in the June quarter. “In the context of a challenging economic environment, our growth has been competitive and profitable.

The operations and service levels are now back to pre-Covid levels and we have accelerated the pace of digitising our operations under the ‘Re-imagine HUL’ agenda,” said Mehta. The management pointed out that while rural markets have been resilient, the demand in urban India (especially in metropolitan cities) remains muted. The Food & Refreshment segment registered 83 per cent, thanks to the trend in ‘in-home consumption’. However, the company expects demand for items such as skin care and deodorants to improve as people start moving out of their homes.

In the laundry segment, too, people are buying less detergent because of confined living. The skin cleansing segment, however, grew in double digits due to a very strong performance in the ‘Lifebuoy’ and ‘Lux’ ranges. Oral care also grew in double digits with accelerated growth in ‘Close Up’. Meanwhile, HUL is witnessing raw material inflation in some categories. “Our strong savings funnel, judicious and calibrated pricing in tea, synergies in nutrition have enabled us to successfully manage headwinds of commodity inflation and adverse mix,” it said.