The funds will be raised through a combination of equity and debt instruments and the total fund-raising will not exceed Rs 25,000 crore, the company said in a regulatory filing.

NEW DELHI:  Cash-strapped telecom operator Vodafone Idea on Friday approved plan to raise up to Rs 25,000 crore through a combination of equity and debt instruments to keep the company afloat, it said in a stock exchange filing. The crucial decision came days after the Supreme Court directed telecom operators to pay 10 per cent of total adjusted gross revenue (AGR)-related dues this year, and rest of the payments in ten instalments, starting next fiscal. 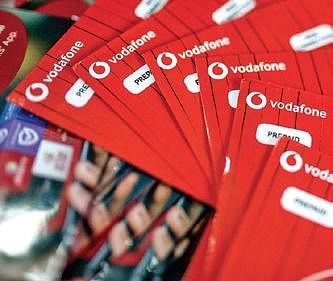 The company is looking to raise funds, in one or more tranches, via issuance of Global Depository Receipts (GDRs), American Depository Receipts (ADRs), foreign currency convertible bonds (FCCBs), convertible debentures and warrants. The board has decided to raise up to Rs 15,000 crore via equity and another tranche of Rs 15,000 crore by way of public offering or private placement of non-convertible debentures. It has, however, capped the total fundraising at Rs 25,000 crore.

The proposal will be taken up for consideration at the company’s annual general meeting (AGM) on September 30, the company said. For VIL, the problem is cash and this move is will throw a lifeline to the beleaguered firm, which has suffered massive losses, as it has been losing subscribers and average revenue per user (ARPU), and faces outstanding AGR dues of about Rs 50,000 crore.

In the financial year ended March 2020, the company had reported a staggering Rs 73,878 crore of net loss — the highest ever by any Indian firm, after it provisioned for Supreme Court mandated statutory dues.
It reported a net loss of Rs 25,460 crore for the June quarter after making additional provisions to pay past statutory dues and had said its ability to continue as going concern hinges on the Supreme Court allowing more time to pay dues.

The fund infusion is also critical for VIL, the third largest operator in the fiercely-competitive telecom market, where Jio’s entry in 2016 with free calls and cheap data pushed some rivals to exit, acquire, or merge to stay afloat.

Financial woes
VIL has been under severe financial pressure. Notably, Vodafone Idea’s overall AGR dues at over Rs 58,000 crore, of which the company has paid Rs 7,854 crore to the Department of Telecom so far.

Now we are on Telegram too. Follow us for updates
TAGS
Vodafone vodafone idea