The latest wave in the technological market is the introduction of smart devices! It has made it easier to upgrade our regular old appliances into something that can be controlled using our smartphone. This new smart technology has dominated the home appliance market to an extent where something as simple as an LED bulb can be controlled with our fingertips.

A common man gets intimidated guessing the cost of such smart products. But it's important to note that you don't need to spend a lot of money to make your home smart.

Smart TVs have become a popular product in the last few years. Its ability to bring good old TV and online web streaming together has made it a sought-after product. Technological giants are competing to offer the best features at low prices. However, smart TVs are still seen as an expensive buy because low and middle-income groups still don’t see the significance especially because of its high cost. This gap in the industry has given space for DTH operators to take the technological leap and create smart set-top boxes.

Airtel has launched Airtel XSTREAM Box (AXB) a revolutionary smart set-top box that converts your regular TV to a smart TV! You can quench your curiosity about a smart TV at less than 1/4th the price of a smart TV. Airtel Xstream Box or AXB brings Over the Top (OTT) content and Online content together. In simple words, you don’t have to miss out on your regular TV while streaming your favourite movies and series.

Often, we struggle to keep up with the latest binge-worthy series being streamed on several OTT platforms. These OTT players are producing new content nonstop to keep their customers hooked. Not only that, the current epidemic has given platforms like Hotstar, Zee5, Amazon Prime, Netflix, etc. to release fresh movies on their platforms which were slated to release in theatres. This has definitely put a keen watcher in a frenzy state.

But, this doesn't mean that an Indian user has given up on TV! According to the latest report released by the Broadcast Audience Research Council (BARC) titled 'What India Watched in 2019', 762 million users watch TV per week.

With Airtel Xstream Box, you can watch TV along with online content together without having the FOMO! The best part? You can binge it all on your standard LED TV. 500+ TV channels in 13 languages enhance your TV viewing experience.

AXB runs on the latest Android 9.0 so you can always be powered by the latest Google products. Games, Music, Content, and other forms of entertainment can be accessed with over 5000+ apps with the Google Play Store.

One of the most profound features in the Airtel XSTREAM Box is the Voice command option where you can switch, select or change channels and apps for a smooth viewing experience. 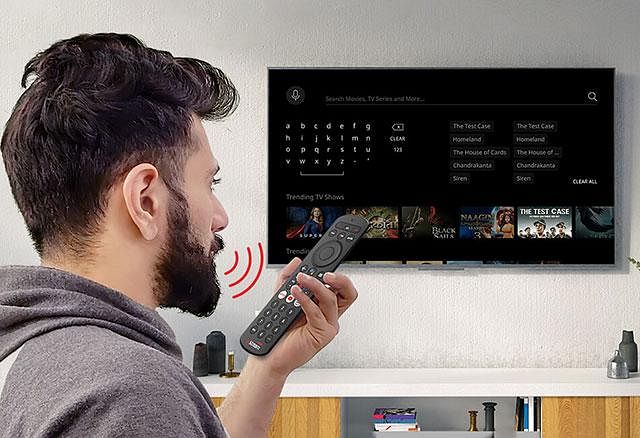 The built-in Chromecast is a unique characteristic that lets you stream your phone directly on your big screen. You can view photos and videos or any downloaded data on your TV set.

The most convenient feature is that your smartphone becomes a remote and a gamepad to give you a hassle-free experience at your fingertips! 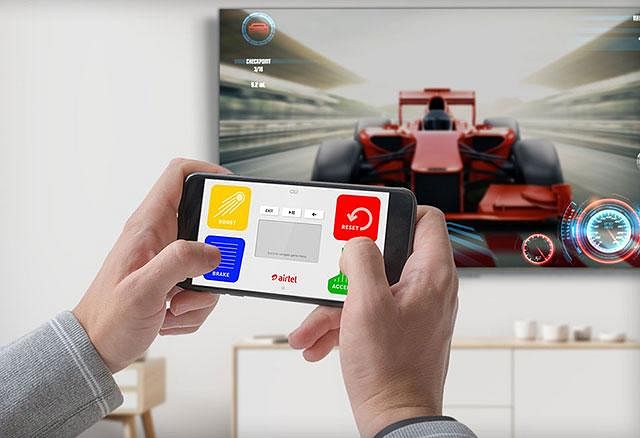 AXB is supported by it’s amazing Airtel Xstream App that lets you stream unlimited online content. The app is a magnificent addition to the Airtel Xstream Box that has more than 10,000 movies, shows, and best of all - LIVE TV!

The obvious question would be the price point of the app considering the vast range of added features but what if you can get all this content for free? A secret hack to getting free access to the content on the Airtel Xstream App is by getting an Airtel Xstream Broadband connection. This type of mobility with the app helps you in consuming the entertainment personally without having to disturb anyone else in the house.

Smart Set-Top Boxes has seen a generous demand in the industry as it’s a one-stop solution to consuming entertainment. Airtel Xstream Box helps in bringing the family together by bringing all genres of content together in one place. Enhance your festivities with an Airtel Xstream Box!