Deepak Dalal, one of the popular writers for children was in the city, for an interactive session with the students of Vyasa International School. Deepak started the session with a presentation on his

BENGALURU: Deepak Dalal, one of the popular writers for children was in the city, for an interactive session with the students of Vyasa International School. Deepak started the session with a presentation on his extensive travel. He spoke about animal rights and its importance.

In a conversation with City Express, the chemical engineer by qualification, spoke about how he quit his family business for his fascination for wildlife and writing stories for children. 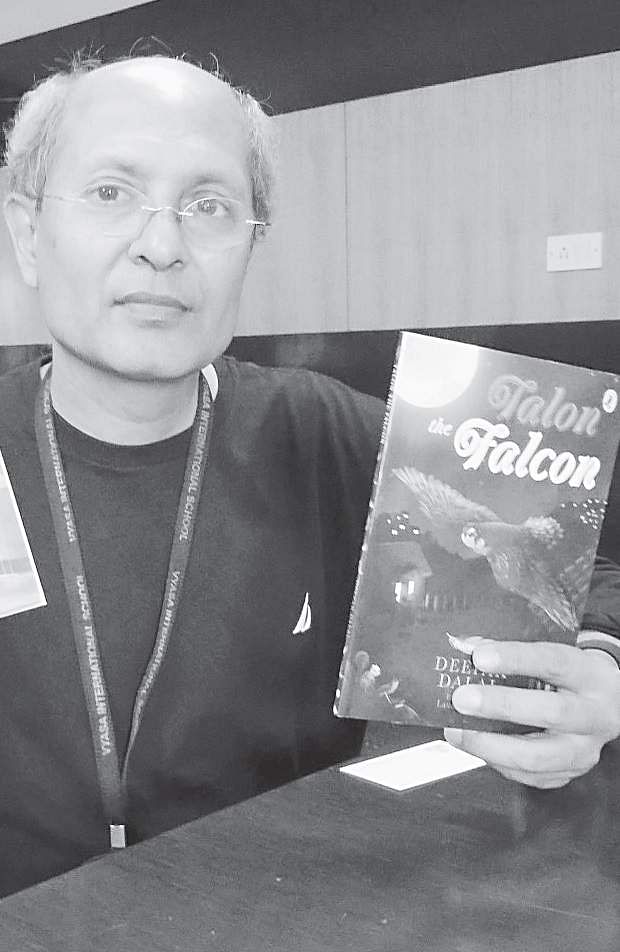 He has travelled to various parts of India that are not well explored by people but are scenically beautiful, he says. “I have been to places like Ladakh and Andaman. I want to tell stories from these places and that is what I did. I have eight books set in these areas,” he adds.

He has recently written a a series Feather Tales for younger children with birds as the characters.
Two of his books, Talon the Falcon and Flamingo My Garden, are released but yet to hit all the markets in India. He says, “There are lots of texts and colourful illustrations. The whole idea of starting this series is to connect children with birds. Today, children live in cities and all they know are the names of about five birds like crows, pigeons and sparrow, kites and mynas. We got storks, pelicans, Bulbuls as well.

There are 1000 species found in India but we know only these five. I thought if I make birds as characters and introduce them in the stories, the children will learn more about the birds.”

Known for his Vikramaditya series, he says stories are very powerful medium and can mould the lives of children. He enjoys writing for them as he thinks it is at this stage that he can impact their lives. He feels it is the stage where they can learn about the world and the best time to connect them with wildlife.
Most of his books are based on wildlife and adventure as he has always been fascinated by the wildlife. “I love wildlife. The wildlife, nature, outdoors have always appealed to me.” But the children today, he says, are nature deficit and need some nature therapy. “I want to connect children with the nature,” he saying, adding that books are fantastic medium to do that.

“But today, kids are not reading much. It is a huge challenge to get them read. It depends on schools and parents. Parents do not have much time to spare these days and hence, it is the school that make up for it. They play the main role in inculcating reading habits among children.”