Traffic violations by youngsters on the rise in Bengaluru

Motorists aged between 19 and 30 more vulnerable to accidents

BENGALURU: Even with rigorous checks and awareness drives, traffic violations involving youngsters continue are on the rise in the city. This trend has left traffic police a worried lot.
According to traffic police records, the number of violations particularly freewheeling, zigzag driving, riding triples and defective silencers is on a steep climb. The number of people booked for wheeling has risen from 167 in 2014 to 399 in 2015. As many as 758 motorists were caught for racing and speed trials in 2015 compared to 319 in 2014. Between January and October this year, 1,499 motorists, mostly youngsters between the ages of 19 and 30, were booked for racing alone.
Other traffic violations, including riding triples, zigzag driving, reckless driving have also increased over the years. This year’s violation trend will be revealed only when the date for November and December are released. 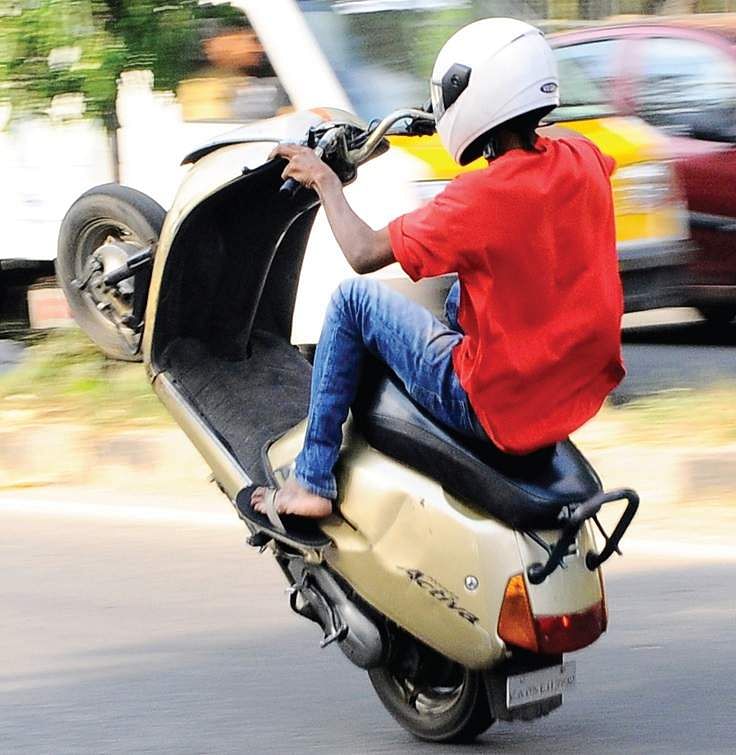 Statistics also show that motorists between the ages of 19-30 are more vulnerable to accidents. Experts pin this on driving under the influence of alcohol or drugs, peer pressure, effect of movies, and reckless driving at nights.
“Youngsters are involved in a majority of the traffic violations, including drag racing, performing wheelies and also talking on cellphone while riding or driving. More than 40 per cent of traffic violations have been booked against youngsters but there is no substantial change in their attitude because of the meagre fine amount for violations,” said a senior traffic police officer.

“Excessive speed and absence of safety mechanism like seat belts or helmets making them more vulnerable to accidents,” he added. For both men and women, drivers aged 19 to 30 have the highest fatality rate compared to any other age group. Of the 2,728 people killed in road accidents in the city between January 2013 and July 2016, 896 victims are in the age group of 19-30. This is followed by 865 people in the age between 31 and 50 years.
Experts say reckless drivers put themselves and others at risk by tending to speed. “The indifference and indiscipline of young motorists are worrying. Traffic police can only book cases but there must be self-discipline among motorists,” said traffic expert M N Sreehari.