BENGALURU: As an engineering student from Mysuru University, Samartha Nagabhushanam always knew he wanted to become an entrepreneur some day. It was however not until later, after having spent around 2 decades in the telecommunication industry that he realised this dream.
Currently he is busy promoting a product that according to many experts and reports, is set to revolutionise the industry and make unhindered mobile and broadband network more accessible .
There is an air of sincerity, when Samartha speaks about things like wireless networks, seamless connectivity to third world and developing countries. He joined the industry in 1995 soon after passing out and landing a job with BPL Telecom. Since then his trajectory has been one that in his words tries to look for endless possibilities. For example as the head of advanced technologies at Sasken from 1998 to 2003, his aim was to “unleash Indian creativity”. 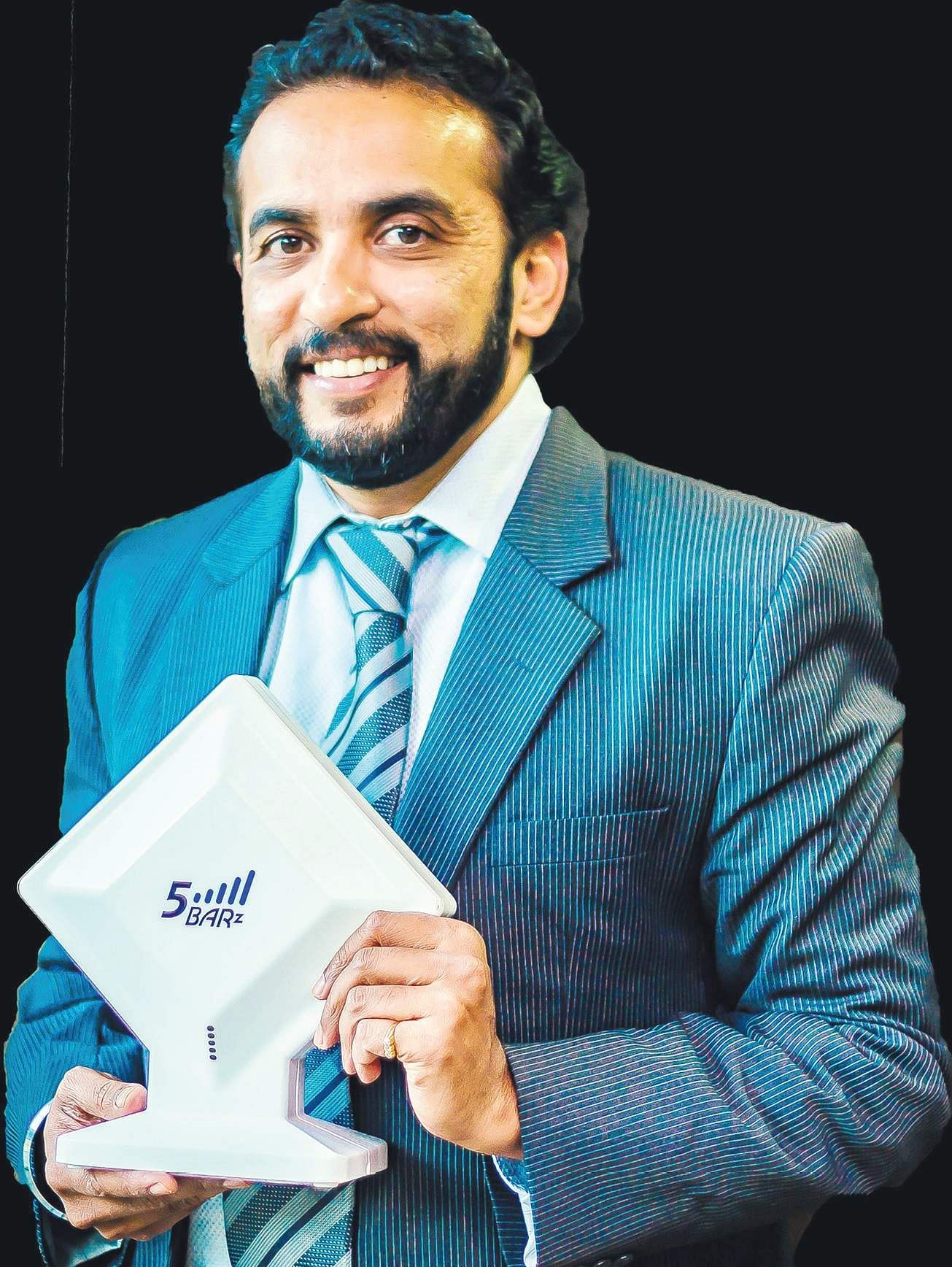 5BARz
Although we live in times where telecommunication companies are talking about 5G connections, call drops and poor quality of calls are issues of major concern. It was this problem that 5Barz International started by by Ex-Apple CEO, GIl Amelio wanted to address. Samartha joined as the CEO of 5BARz India in 2015.
Explaining the idea behind 5Barz, Samartha says the original concept behind the plug and play device was developed in USA as a means to address call drop issues in a moving vehicle.
Re-orienting this concept to solve the problems of connectivity in developing countries like India with low infrastructure is an effort being spearheaded by Samartha. The result of that effort is a device that aims to provide a '5 bars' network anywhere and anytime. “A lot of in-building has gone into the device and engineering that has in a way defied the laws of physics,” says Samartha.

Endless Possibilities
When he joined Kyocera  Pvt Ltd in 2003 his aim was simple - to build full-scale products from the country. “There was a already a lot of engineering talent in the country,” he says.
At a time when most of the technology for making phones came from outside the country, Samartha expanded his team who built not just the softwares but everything else from mechanical and electrical design.

Filing Patents
From products, Samartha moved on to the next challenge to patent original tech. In every company he was in, he forced his team to file for patents and till date Samartha has helped various companies file for over 100 patents.  Some of these are the patents for cell phone boosters and another for multiband wireless repeater.

Road to Entrepreneurship
When Kyocera, where Samarath was the Managing Director, was taken over by Mindtree Limited, he joined as the CEO and the President of the wireless department called the MindTree Wireless Technologies Kyocera Wireless (India). A year into the company, Samartha left to begin his entrepreneurial journey. He  began FiDZeal in 2013 that works on mobile applications and analytics products to enhance productivity at the workplace.

Expert Take
Mr. Jagadish Kini, former Bharathi Airtel Executive Director and CEO.
If 5BARz can offer a solution that ameliorate such issues that it is definitely good. However companies would ultimately want their own permanent solutions and be in total control. I am not too sure how much and for how long companies would want to be dependent on such tech.