Sketching Jayalalithaa portrait with many ‘ammas’

A retired bank official A C Gurumurthy pays tribute to the former chief minister of Tamil Nadu, J Jayalalithaa with his typortrait.

BENGALURU: A retired bank official A C Gurumurthy pays tribute to the former chief minister of Tamil Nadu, J Jayalalithaa with his typortrait. He drew a portrait of the political leader by typing letters and symbols on his typewriter.
He says, “I took less than two hours to make the portrait. I typed ‘amma’, as she is popularly known as, in the backdrop of the picture. I used the letters ‘M’ and symbol ‘/’ to make the hairstyle ‘=’ and ‘.’ for the face along with ‘J’ on the saree as J is the first letter of her name. I used the letter ‘X’ to make the eyebrow. I overtype some letters to give a darker shade, for example, for the hair and eyebrow, I overtyped the letters and symbol.”

He has an exclusive typewriter to make the portraits. He started first in 1968 with a portrait of Robert Kennedy. “It was just an instinct and I decided to go with it. So, I drew the portrait when he was assassinated and I completed it in one day. Control on the key is the key to good portraits.”
He says he has done portraits of many political figures since then like Jawaharlal Nehru, Indira Gandhi, Abraham Lincoln and Obama. “I have done many portraits and I haven’t failed yet. Not even once. There is no particular reason as in why I do their portraits. I do it for my own publicity. If I draw a common man, no one will publish it. 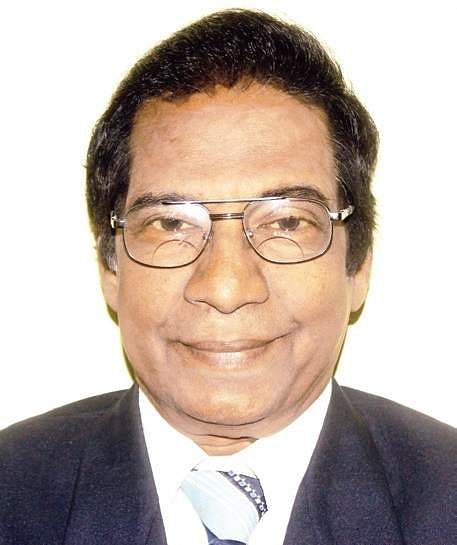 That is why I do political figures.” He also draws portraits of wildlife animals and birds.  The 68-year-old retired computer operator now only has a goal to create a Guinness world record or a Limca Books of Record. He says, “I have made portrait of Narendra Modi as well, both in colour and black and white. I am now making a portrait of Bruce Lee. I will be sending the portrait of Obama to him.”

Apart from Typortraits, he also paints. “I am a self taught artist. I have been passionate about it since my childhood. I had no guru. I do not believe in classes but practice.”