No Cash to Grease  Palms? Coupons will Do

BENGALURU: From people going back to the barter system to inventing their own currencies, the demonetisation drive has led to some extraordinary developments throughout the country.
One such trend is the use of food and shopping coupons as currency, even to pay bribes and in other emergency situations.

Shradha Mishra (name changed) who works for a health analytics company in Sarjapur was, a few weeks back, on her way to work when she was stopped by the cops. “I was extremely late for work and was speeding in my car,” she says. “The next thing I knew I was stopped by a traffic policeman and was asked to pay a fine of `700.” Shradha had no cash in hand and had been using only her coupons, which her office gave her, for a while. “The cop took my licence and made me wait for half an hour,” she says. “This despite me telling him that I had no cash at all. I told him I had a few coupons. He settled for that. I was a bit surprised.” In coupons, and as a bribe, he took only `250. 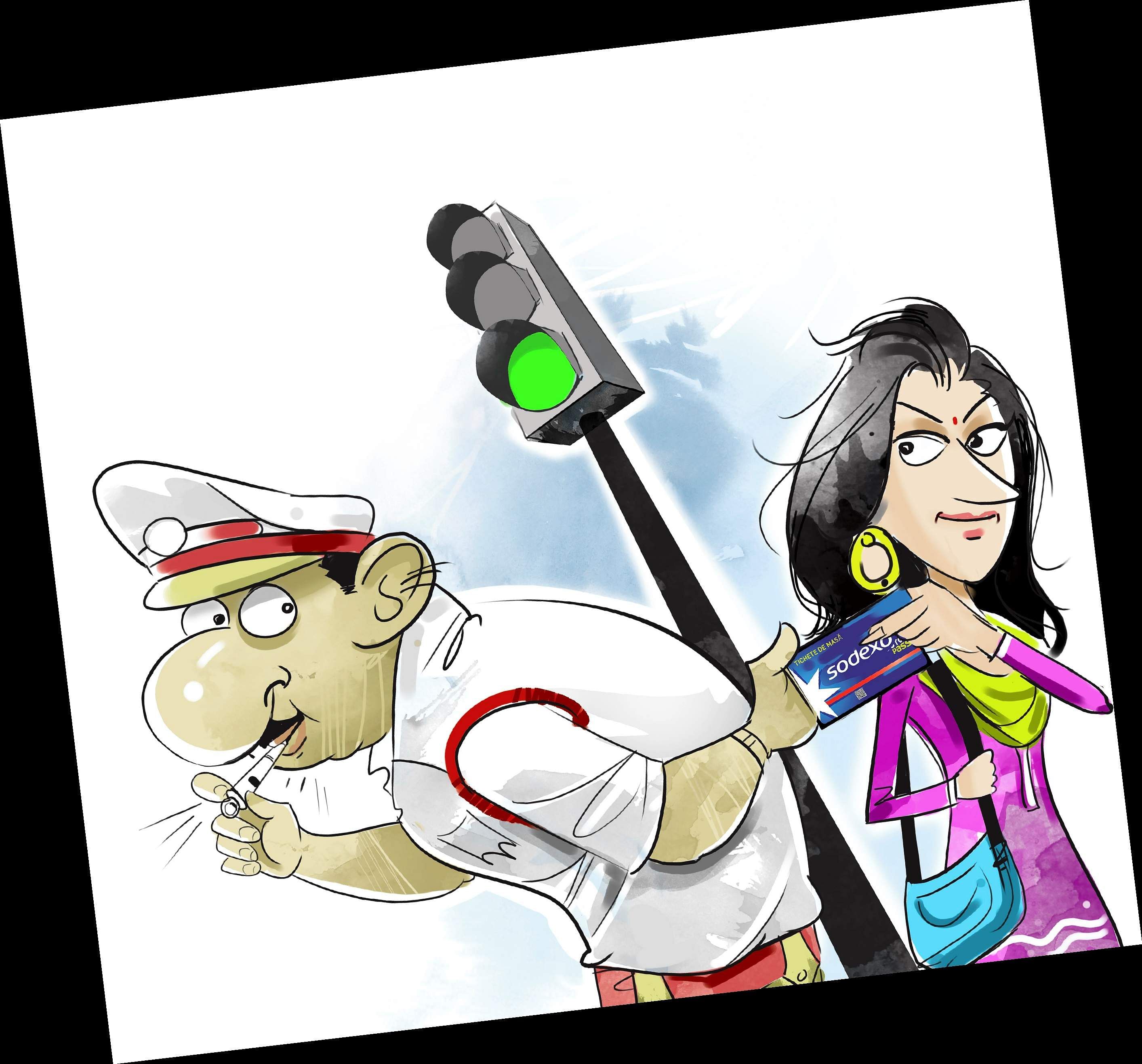 In other parts of country, a similar trend has emerged and people are sharing stories on social media. In Pune, one Amol Punse posted on December 8 on his FB account about such a transaction at the local Regional Transport Office. He wrote, "Effect of demonetisation in RTO...I just saw a person giving sodexo coupon (bribe) to traffic policeman.”

Companies are striking up private deals with kirana stores — the employees shop at the stores and the companies pay by cheque. Raju Bhatnagar, secretary general, Bangalore Chamber of Industry and Commerce, says that there are a “significant” number of companies in the manufacturing and services sector in Bengaluru that have made a “bilateral arrangement” but not exactly like Sodexo coupons, following demonetisation. “This is an arrangement with a few shops where the workers can get their groceries. Each worker can get a grocery worth `200 or 300 each, then it would be easier for the company to write a cheque to the stores and easier for the workers as well. Getting change for say a `2,000 note is not easy,” he says. With time, however, more are expected to shift to online transactions, Raju adds.
A number of neighbourhood kirana shops who had never resorted to online or coupon transactions are now doing so. “We had to resort to transactions through PayTm and are considering accepting coupons as well,” says a shop owner in Indiranagar.

Coupons are also being exchanged for more innocent transactions such as paying when people are out of change. Sumi Singh, who works for a retail company in Nagarbhavi, says, “I was on my way to a friend's wedding in a cab last week. Halfway to my destination I realised that I had a new `2,000 note and a few food coupons. My cab driver however did not have any change.” Desperate, she went to a number of shops along the way for change, however with little result. “I think the driver took pity on me,” she says. “I told him I had a few hundred rupees worth of coupons. He asked me if I could use it to buy food and supplies and when I said yes he took them, much to my relief.”

In Hyderabad, Soundarya Madalli, a mortgage analyst took a ride and paid it with a Sodexo coupon. “Took an auto ride on sodexo passes,” she wrote on FB with the hashtags #Demonetisation #poshautouncle #Nochange #Crazysituations
Cab driver Manu says that many people now offer him coupons. "I am not accepting them," he says.

Even in 2011 in B'luru
Coupons were used to bribe officers even in 2011. In the popular citizen's portal, I Paid a Bribe,
a report from that year reads: “I was made to pay via food coupons.” The person writes that he “accidentally” jumped a signal and was caught. He was willing to get the money for the fine from the ATM, but the cop was impatient. "Finally the cops took my purse and took food coupons worth `50 and asked me to leave," the post reads. Another says that he turned into a road that read No-entry. A traffic cop caught him, checked all the papers and found them in proper order, yet he was asked to give `300 as fine. The biker was carrying only `30 or 40 so the cop checked his purse, found the coupons and asked they be given instead. "I was shocked at first," the post reads,"but what happen then... that the coupons
had other usages!."