Filmmakers spill beans on their ad’s

Bollywood Assistant Directors are known to be on hectic schedules on sets, often dealing with actors’ tantrums, but how are they perceived? City Express asks their mentors

City Express catches up with some mentors and a mentee of Shyam Benegal,  Pratik Rajen Kothari on their creative processes as to what they learned from each other and the challenges, they faced. 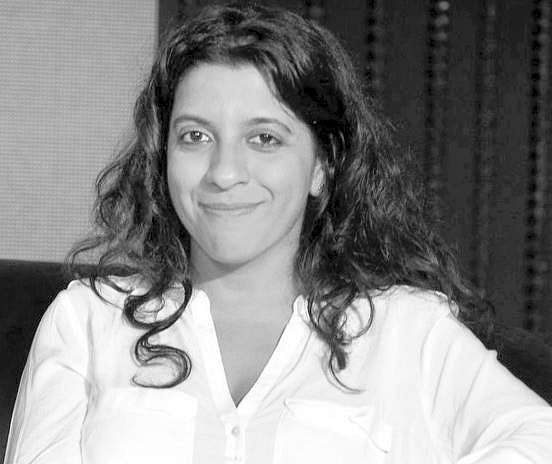 What is the one thing you learned from your student while working on the project?
Sticking to ones guns. I think inspite of my insisting to make it more plot driven, she used to stick to her guns as in this is the way I want to do it.

What qualities do you think she should work on?
She has to plan better and get the team backing. To make a low budget film, you need to have a terrific team with you.

What is the one thing you learned from your student while working on the project?
He has made me understand how the unique taste of a particular region can be interesting for a film.

What were the challenges you faced with your student?
He is not a pushover and is a very polite person, but he needs to be convinced. It is difficult to change his ideas, so sometimes it requires more from my side to explain things to him.

What qualities do you think he should work on?
He should be a little more practical. He is very idealistic.

Whom would you like to be mentored by?
Shyam Benegal

What is the one thing you learned from your student while working on the project?
That we don’t need much to make a good film. You just need to stick to the story and be authentic with it. She made this film and it’s beautiful with practically no money.

What were the challenges you faced with your student?
None

Any movie of your mentor, that you didn’t like?
I hope the next one disappoints me, so that I have a legitimate answer to this. We are talking about somebody who has given us Ankur, Bharat Ek Khoj, Bhumika, Sardari Begum, Zubeidaa and so on.

Any scene from your mentor’s movie that you would like to change?
Let me turn 84. If I survive I would have figured!

What is the one thing that you think you taught your mentor?
Patience, considering the number of drafts I have shared with him and then the number of edits I have asked him to endure.

Any weird/ whacky qualities of your mentor that you explored on sets of this movie?
For 2016, I find his work hours weird. We would have left from his office by 5-5.30pm. In Andheri people would just be warming up to the day!
Even on shoot we would have a 9 am shift and wrap at 6pm This was a cultural shock for an Assistant Director who was used to slogging 22 hours a day, sometimes even without a lunch break.

What is the one thing you learned from your student while working on the project?
Arunima taught me that with the right attitude and passion, the joy of making a film surpasses the s#!t involved.

What were the challenges you faced with your student?
None. Arunima quietly chose her cross to bear and never once asked me to help her carry it.

What qualities do you think she should work on?
I would ask Arunima to reign in her impulsiveness or at least filter it. This will help in the long run when dealing with large crews and experienced actors.

Whom would you like to be mentored by?
No one. I’d drive them crazy.