Cops yet to figure how victim got new notes

While the Ramanagara Rural Police have successfully cracked the murder case of Satthar Ali, they are yet to figure out how the decease managed to procure Rs 10 lakh in Rs 2,000 denomination notes.

BENGALURU: While the Ramanagara Rural Police have successfully cracked the murder case of Satthar Ali, they are yet to figure out how the decease managed to procure Rs 10 lakh in Rs 2,000 denomination notes.
Investigating officials say that Ali was a small-time businessman. They said Ali used to supply stationery items to various government offices and post offices. 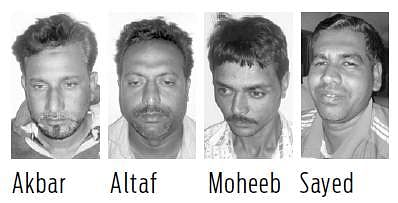 A police source said, “We suspect that Ali had taken the new notes from rice mill owners in Mandya and he may have assured to give them some per cent of the commission he received while exchanging old notes for new ones.”

The source said, “The accused told us that they were acting as middlemen and were expecting to get old denomination notes from a few bureaucrats from Bengaluru.”
The source added that according to the deal, Ali was to arrange new currency notes and exchange them for old notes for a 30 per cent commission. Ali had arranged Rs 10.5 lakh cash and was to meet the four accused and exchange the amount for old notes. This is when the four accused killed Ali and made away with the Rs 10 lakh.

Fayaz, a family friend of Ali, said, “He had been married for five years and the couple had adopted his younger brother’s girl child. We staged a protest today, demanding that the accused be killed. According to our religion, it is wrong to burn a body and the accused have done exactly that. We have requested the police not to grant them bail.”

He added, “Ali left the house around 8.30pm and said that he was going for some business deal. But he never returned. In fact, Ali had helped Sayed (an accused) financially during his brother’s marriage.”
Deputy Superintendent of Police Thammaiah said, “Investigations revealed that the accused had shifted Ali’s body in an auto to a forest area and burnt it there. Of the Rs 10.5 lakh cash, we have recovered Rs 7 lakh cash, of which Rs 2 lakh was given to Manappuram Finance. The accused have spent Rs 1.5 lakh.”