Abonnet macaque was rescued from a street performer on MG Road.

BENGALURU:Abonnet macaque was rescued from a street performer on MG Road. People were paying the man to take selfies with the monkey that was dressed up in a frock, silver jewellery and cheap makeup. 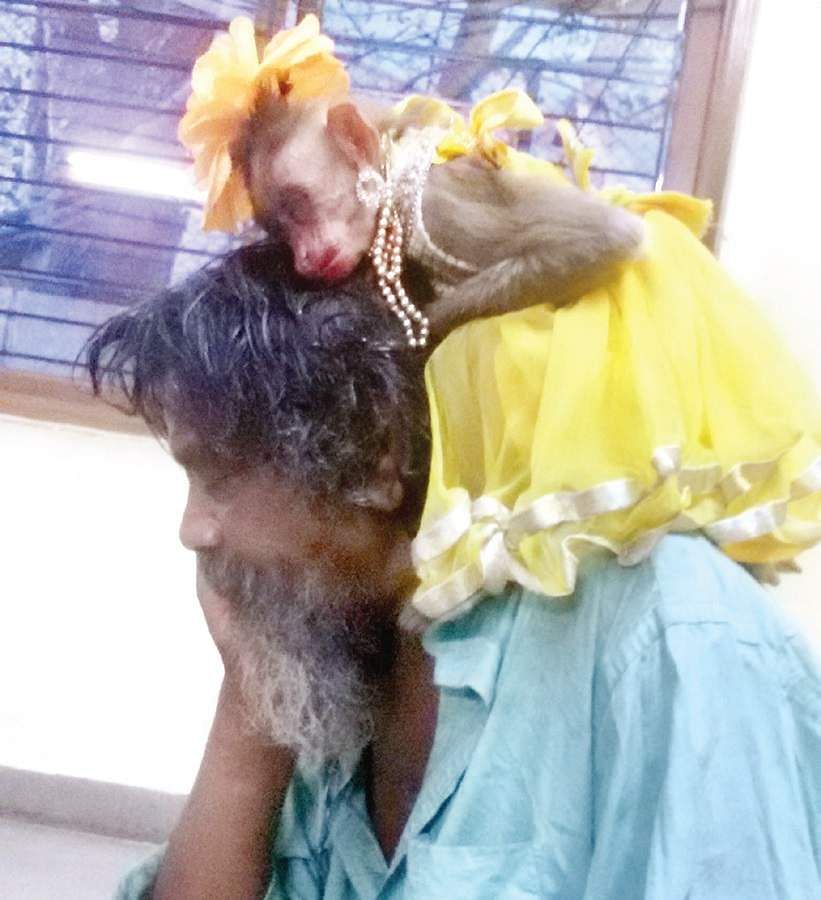 People for Animals got a call from an informer Shalini, who had been walking through 5th Avenue, when she saw people excitedly taking photos with the monkey. “What was even more shocking was that the people seemed to be well educated and they were not bothered how the monkey was being used,” she said. Shalini stopped a passing Hoysala vehicle and the policemen helped her rescue the monkey. “The monkey’s face was dabbed with glitter and lipstick;  she would rub her eyes and scratch her neck trying to free herself,” said Shalini.

Now and then she would yelp and cling on to the keeper. The keeper had found the monkey when her mother died from electrocution. He is from Malur and had come to Bengaluru for treatment. The police warned and sent him to destitute home in Dodagubbi village.