Puppies worry over mental health issues, heated corporate conversations turn into a chuckle and the hazards of smoking come alive in a comic chuckle.

BENGALURU: Puppies worry over mental health issues, heated corporate conversations turn into a chuckle and the hazards of smoking come alive in a comic chuckle. These are just a figment of Dinesh Francis’ imagination that he realises with his artworks. 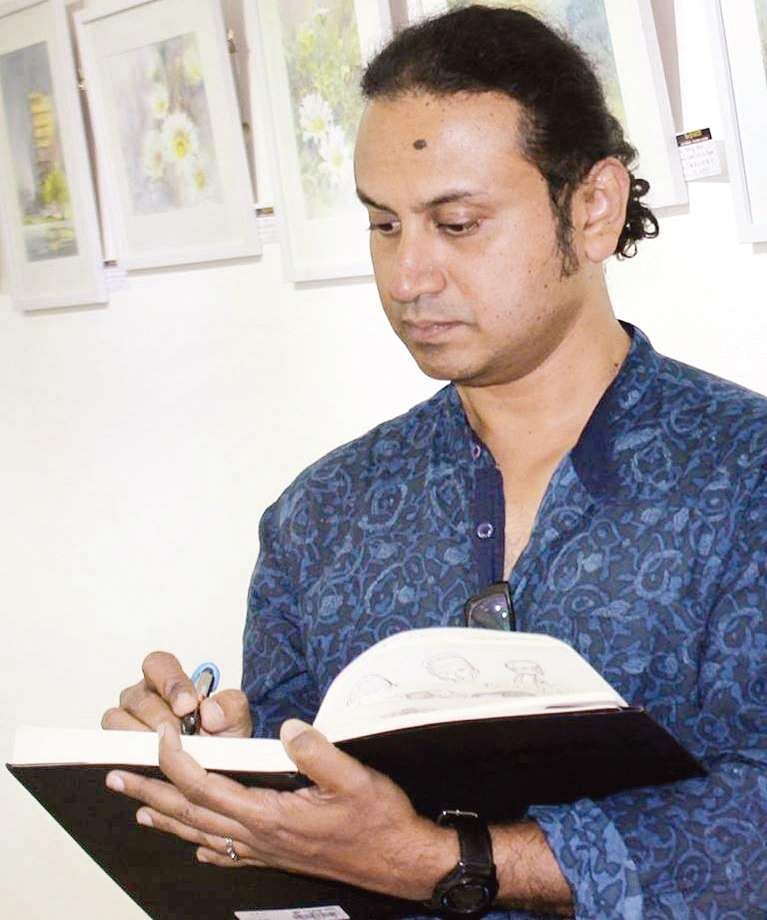 One of his pieces include a take on hypothetical situations on market analysis through cartoons.
“Art is great, but there is something about cartoons that lightens up the mood,sends across the message in a non-preachy way and is universally understood,” says Dinesh Francis.
Gone are the days when texts would suffice story telling.

The attention span of modern humans have fallen from 12 seconds in 2000 to eight seconds in 2015 according to a study by Microsoft Corp. The importance of messages however, still remain paramount. Dinesh processes ideas and imparts presents them with his doodles called Dintoons.
These toons are a script of caricatures, often drawn virtually for the sake of art,awareness and humour.
Inspired by MAD comics while doing his mechanical engineering, little did the 48-year-old think that his passion for art would turn into a full-time affair.

At that point of time, the graphic facilitator found very little options for artistes to make a living out of, but decided to take a leap of faith anyway as he was a “bit too bored with engineering”.
Now, he is working on Mahendra’s new upcoming SUV that will launch in late 2017. Dinesh picks up ground survey data about a product from the marketing and research team of the firm and turns this information into a visual that is easy to interpret. At corporate meetings, he sits in the corner and observes. Instead of transcribing what the meeting is all about, he draws it.  “I capture meetings visually instead of verbally,” says Dinesh.

“The thing with cartoons is that you can draw a figure with a big head and four fingers and it becomes funny, but I refrain from getting political since the only reason why I do what I do is to make people laugh,” he adds.
His major break came two years ago when he received a project from the World Bank as a graphic facilitator. In a span of two years he has worked for Nestle, Johnson and Johnson, NIMHANS, Mahendra, Raymond and Unicef. He also works with a city-based NGO Jeevan Lakshya.
Dinesh in collaboration with the White Swan Foundation created a comic character of a dog named Hero. He believes that a puppy giving a talk has more impact than a professor’s lecture in class.
With NIMHANS, Dinesh has created a booklet that talks about the affects of smoking on an unborn child.