Indi-ever promises full on masti at the swanky souk

The weekend will be about “just entertainment”, assures the city-based band Indi-Ever.

BENGALURU: The weekend will be about “just entertainment”, assures the city-based band Indi-Ever. Known for music that crosses all genres, the seven-piece band will be performing at the Flea 080 Swanky Souk to be held at The New Indian Express on Queens Road. 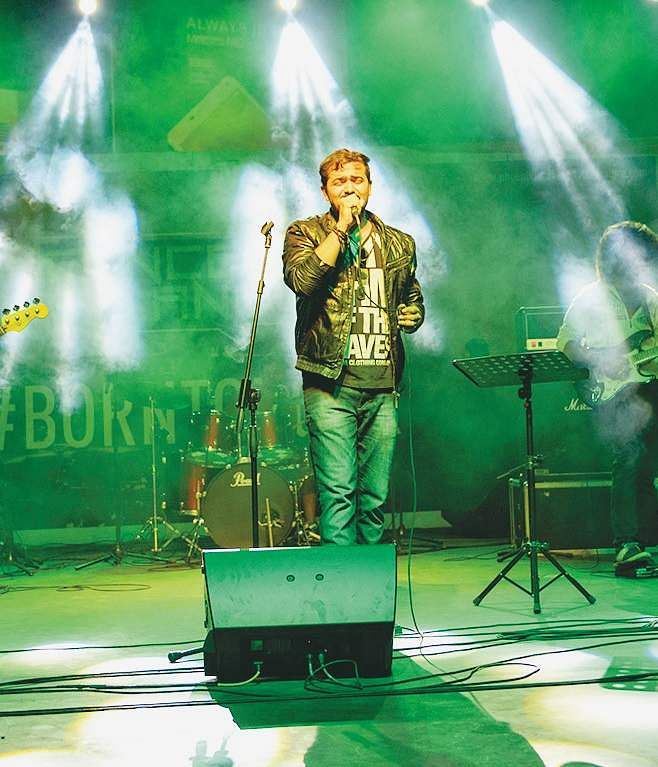 The band was formed in March 2015 by the singer and songwriter Ali Khan. He says, “We play just one genre of music, that is entertainment. Right from Kishore Kumar, Summer of ‘69 to Coldplay, just name it and we play it all.” The name Indi-Ever stands for “India Always”. Ali adds, “It is a positive and powerful word, so we picked it.”

The first performance of the band was on  International Women’s Day in 2015. Ali recalls, “It was a corporate show. The audience liked and encouraged us.” They have completed more than 50 shows in the city. They have performed at the midnight marathon, in Phoenix Market City and also with Ankit Tiwari. They draw their inspiration from Kishore Kumar and A R Rahman.
The band came together at a music competition and the members have varied influences. Ali says, “Talent should not be restricted to a particular genre. If we are multi-talented, why not show it to the audience. A band member Omar is good on strings and vocals.”

Ali Khan worked as a business analyst in the city but he never gave up on his passion for music. He says, “I would go to jamming sessions and concerts. I met Satyajeet Roy at one of them and that’s how the band came to be.”
Their upcoming performance will be a two-hour show. Ali says, “There will be a mix of Sufi, Bollywood and Western music.”