Suman Prasad tracks the restobars launched this year and what best they serve. City now has food from 20-odd countries

Suman Prasad tracks the restobars launched this year and what best they serve. City now has food from 20-odd countries

MADE IN PUNJAB
Launch: September 2016
The culinary philosophy adopted at Made in Punjab is based on offering a balance between favourites as well as cuisine from the pind, showcasing dishes from the dining tables of Punjab, mother’s recipes and highway dhaba specialities, preserving original, traditional flavours of each dish on offer, while seamlessly amalgamating the spirit of celebration of its people. It holds the idea of reconnecting with the roots, reminiscent of the rustic-earthy experience coupled with a quirky take on traditional classics. You will find dishes such as maa ki dal, LOL tikki and luxury bc..!! (butter chicken).
Most Popular Food: Paneer Buraaaahhhh, Nalli Hard Kour, Kunda Dahi Bindhi
Most Popular Drink: Nashili Chai, Khatta Meetha, Cu - Cu Fizz
Most Popular Dessert: Nukkad Jalebi 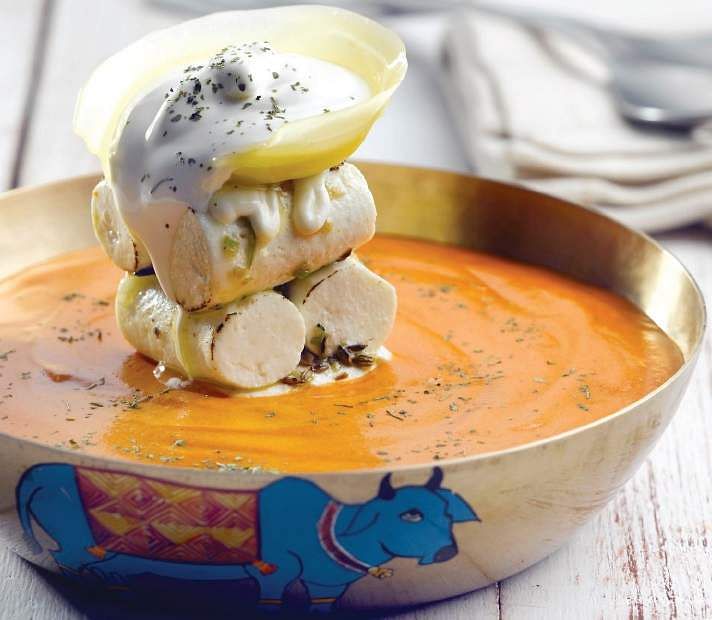 THE CHUG GARAGE BAR
Launch: October 2016
Chug is when you down a drink, bottom’s up. It is also the sound an Enfield engine makes, as it propels you along a highway, slowly so as to make it last. So here then, is a welcome way station for people who think that ‘four wheels move the body, two wheels move the soul’. The interiors have the timeless, classic and inevitably ‘royal’ theme of the Enfield. Don’t let the words ‘garage bar’ deceive you; The Chug is a comfortable, even luxurious place, in its own motorcyclish manner.
Most Popular Food: Crispy American Corn, Tomato Basil Bruschetta, Beef in Thai Sauce, Crumb Fried Japanese Prawn, Pork Chops, Red Wine Braised Lamb, Moraccan Spiced Grilled Chicken, Spicy Margherita Pizza
Most Popular Drink: Bonneville, Madras Bull, Mint 350cc, Hound Arrow, Himalayan
Most Popular Dessert: Snicker Bar, Deconstructed Tiramisu.

GLOCAL JUNCTION
Launch: May 2016
Glocal Junction is a new-age all day dining and bar concept that unifies the global and local elements together. You can try global experiences with local surprises thrown in.
To enhance its offerings, the restaurant starts as a soothing space as the day begins and converts into a high-energy casual night spot by sundown that potentially binds together the concepts of an all-day dining and a casual lounge seamlessly.
Most Popular Food: Churrasco Chicken Plate Steaks, LGBT Prawns, Shish Taouk
Most Popular Drink: Infused Jar, Black Magic & Toxic Box
Most Popular Dessert: Kalkatta Paan Cheese Cake, Hazelnut Torte, Waffle Brownie 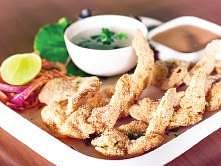 NIMISSERIE
Launch: January 26
Nimisserie is a reflection, an idea that Chef Nimish Bhatia has curated over decades of understanding and exploring the subtle nuances of culinary tastes and textures. It is the unveiling of this dream. Nimisserie aspires to create a serene dining enclave in the city, a projection of Smart Casual –fine dine experience in a top notch dining purlieu of Progressive Indian Cuisine, what we define as ‘Aspect Cuisine’ – a highly meticulous process crafted to create progressively stylish and whole-soul compositions using modern gastronomy.?
Most Popular Food: Cherry wood Smoked  salad with Marigold and assortment of leaves and Brie?, Murmura crusted prawns, Nimisserie Chaat Sampler
Most Popular Dessert: Mishtidoi cream brulee , Nimisserie Cru, clear impressions of rasagulla

CAFÉ MOJO
Launch: November 2016
Café Mojo is essentially ‘Goa in a Pub’ which is globally known for its hospitality and vibrant party culture. With a unique English décor and lively music on all days it is every Goan’s favourite hangout, and is all set to rule the night life of Bengaluru too now.
This English Styled Pub & Bistro offers a traditional pubbing experience, one of its kind with an old English Pub Decor, coupled with a modern E-Beer System, a well lined up bar, and lip smacking food. Today with multiple outlets across the country like Goa, Mumbai and Mangalore, Café Mojo has established itself as an authentic English pub with a Goan twist.
Most Popular Food: Chicken Xacuti, Prawns Masala Rava Fry, Mojo’s Fish Burger, Goan Sausages Pizza
Most Popular Drink: Tap Beer, Susegado, Elderphire
Most Popular Dessert: Bebinca

THE DRUID GARDEN
Launch: November 2016
With a menu that touches over 15 world cuisines, their culinary artists have maintained a fine balance between modernity and classicism. They boast of drawing every ingredient from the source. It is truly a reflection of class with fluid architecture, design and interiors.
Most Popular Drink: Aztec Coffee, Druid’s Tonic, Polynesian Potion, Autumn in Aberdeen.
Most Popular Food: Buttermilk fried Calamari, Mushroom Arepa, Creamy Avocado Tacos, Pan-Asian chicken wings, Smorrebrod with Chicken liver.
Most Popular Dessert: The Unbeliever’s Dessert, South African Malwa Cake.

HAMMERED
Launch: June 2016
They have literally everything to get you Hammered (pun intended), right from their wood-fired pizzas and teppanyaki specials to different flavours of sheesha. With Indian, Chinese and Continental dishes, they seem to have something for everyone.
Most Popular Food: Naga Chilli cheese roast, Naughty paneer, Chicken sukka gol gappa, Shaitani murghi, all the wood fired pizzas.
Most Popular Drink: Cosmopolitan, Arise my love, Manhattan, Mid night with Mary, Bend over & get hammered, Like it side ways.
Most Popular Dessert: Roasted Almond Ganache Tart, Blue berry Panna Cotta.