A 10-month-old baby girl swallowed an LED bulb and was brought to Columbia Asia Referral Hospital, Yeshwantpur, at 10 pm on Saturday after having breathing trouble.

BENGALURU: A 10-month-old baby girl swallowed an LED bulb and was brought to Columbia Asia Referral Hospital, Yeshwantpur, at 10 pm on Saturday after having breathing trouble. 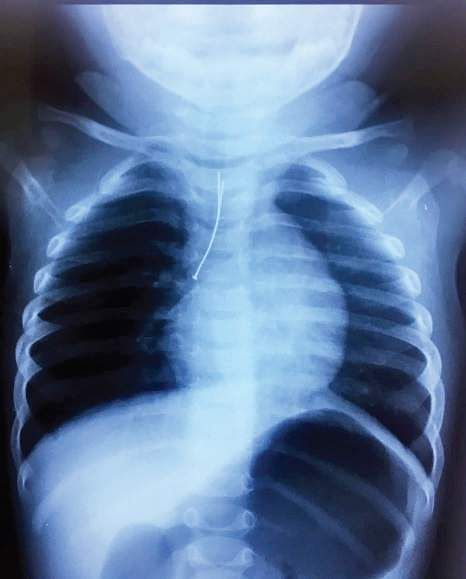 When the child’s mother saw her swallowing the bulb, she tried to remove it but unfortunately failed. The bulb with its two metallic sharp electrodes that were about 5cm long caused breathing problems.

A chest X-ray revealed a metallic foreign body in her trachea (wind pipe) that extended into the right main bronchus. The child was immediately shifted to the operation theatre for emergency bronchoscopy. The baby was discharged on Sunday morning after the bulb was removed.

“Generally, when anything is swallowed, it goes to the food pipe and then to the stomach. But here, it went to the wind pipe and blocked the right lung. When a foreign body goes to the wind pipe, it can lead to death,” said Dr Sai Prasad T R, senior consultant, paediatric surgery, Columbia Asia Hospital.

Avoid giving nuts (peanuts, cashew, pista) and similar hard eatables to children less than six years of age as they may aspirate and choke, he added.