Art pieces showcased by ways of singing of dancing

Rajika Puri, an exponent of two forms of Indian classical dance - Bharatanatyam and Odissi, will demonstrate paintings by singing and dancing the verses.

BENGALURU: You are at an art exhibition, admiring the miniature paintings — Indian paintings  before modern art — with a friend. The curator tells you about the artists, the intricacies of the artwork, you have a discussion about it and then you move on.

What gets lost in translation are tales of an era where paintings used to be illustrations to handwritten texts. These verses are inscribed either on top or on the back of these paintings.

When Rajika Puri was asked by the New York Metropolitan Museum of Art to do a lecture on an exhibition of Rajput paintings on September 9, she offered to sing and dance these texts to make the paintings come alive “in four dimensions - three of space and one of time,” she says. 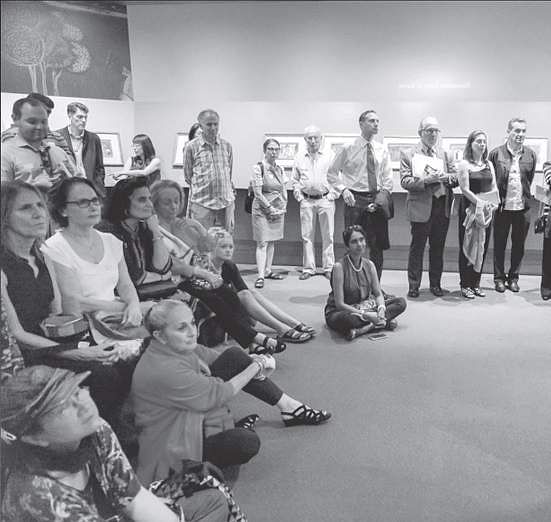 But, how does one express a painting through dance? “ I am actually doing in dance what the painters did - interpreting the texts that these paintings illustrate on paper, just as Indian dancers bring alive the texts through hasta (hand-gesture) use and facial expression,” explains the Indian dancer who has been based in New York since 1970.

Rajika will be performing the texts of Ragamala, Rasikapriya, and Gita Govinda at LshVa, Koramangala on November 11.
“Vishnu Purana, Ramayana, Gita Govinda - captures the painter’s visual imagination of a couplet or a four line verse. The performance is not very different to the way Indian dancers ‘recreate’ texts of poetic works in another medium - that of movement, using hand gesture, facial expression & body language,” she says.

Rajika is particularly keen to share with dancers how these images created on paper could inspire their own “abhinaya particularly when setting and interpreting love poems: padams  and ashtapadi  from Gita Govinda”.

Since the texts are part of her regular Odissi  repertoire, her performance will follow the same dance form.

Rajika is trained in Bharatanatyam, Odissi and studied western music: piano and singing; also Carnatic vocal (basic) as a child.

She has starred in a Lincoln Center NY production directed by the director of The Lion King on Broadway Julie Taymor.

So how well do New Yorkers take to Hindustani music and Indian classical dance?

“ Those who come are knowledgeable and love it. The recent Lincoln Center festival on “SOUNDS OF INDIA” within a larger festival of spiritually inspired music and dance: The White Lights Festival at Lincoln Center is doing superbly,” she says. Rajika sees the future of performance as an evolving one, with dancers currently “breaking boundaries” of form.

She believes dancers are multiculturals, imbibing two different cultures (mother & father’s) plus the culture they live in (have emigrated to, or been born in).

Equating dancers to physicists, she says, “They explore a range of subjects, from art itself, how one sees, hears, to how the planet changes, how physcists talk about the brain, seeing, hearing”.