Documentary on Kaziranga’s elephants to amble into Bengaluru

Although a chartered accountant by qualification, Sumesh Lekhi  from Mumbai decided to make a film on such conflicts and travelled to  Kaziranga in Assam.

BENGALURU: Man-animal conflicts have become a common phenomenon across the country. The case of a leopard entering a school in Marathahalli this February was a telling example.

Although a chartered accountant by qualification, Sumesh Lekhi  from Mumbai decided to make a film on such conflicts and travelled to  Kaziranga in Assam. 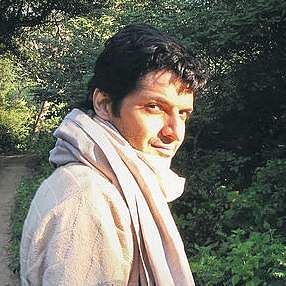 Titled Bastion of the Giants, Sumesh tries to capture man-animal conflicts and the ironic beauty of wildlife. “We went to Kaziranga for two to three years in various schedules. We followed herds of elephants and captured their behaviour,” he recalled.

The 85-minutes-film took Sumesh and his team around six years of research. According to Sumesh if elephants are protected, one can be sure that other wildlife will be safe.

“They are huge and require larger areas to roam. They keep moving because their nutritional needs are more compared to other animals. The movie shows how protecting them can lead to the saving of whole ecosystems that allows bio-diversity to thrive in them, ultimately even benefitting humans as forests are catchment areas for water, regulate climate and also hold and preserve rich topsoil,” he said.

While moving in herds looking for food, the elephants sometimes enter areas occupied by humans who either light crackers or use bright flashlights to drive them away. “This has been going on for years. When I got to know about this, I decided to explore more and make a movie on it,” said Sumesh.

Historically elephants were present in the forests in the stretch between Iraq to China according to Lekhi. But they are now limited to only a few pockets of the region. “There is a need to protect them and the film is an attempt to raise awareness on the same. We see reports about elephant entering human habitat, but nobody really knows what drives them to do that. The film is an attempt to understand that,” he said.

The film also captures the Indian rhinos, wild buffaloes, the Bengal tigers and many other animals that live in the Kaziranga forest. “People are making the forests their home and refuse to vacate. They are even supported by government as they get votes from them,” added Sumesh.

The film has been screened at various locations including some schools in the country. “Questions we got from students after the screening ranged from information on species, their behaviour, how can we conserve them,” he said.