Metro picks up pace, aims at 5 lakh riders under phase 1

Trains to run every 4 minutes during peak hours from Baiyappanahalli towards Mysore Road.

BENGALURU: In a huge relief for office-goers who use the Metro, trains will run every four minutes on the Purple Line starting Monday. This will be introduced only in the direction from Baiyappanahalli towards Mysore Road from 9.10 am to 9.58 am on weekdays. Trains presently run at five-minute intervals in this direction.

During evening peak hour, the six-minute frequency will continue between 5pm and 8pm from Mysore Road towards Baiyappanahalli side. 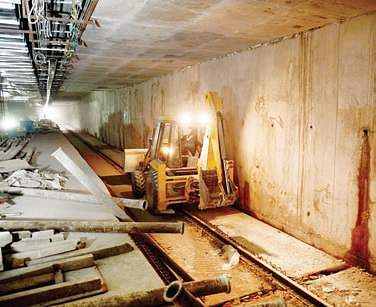 Briefing media persons on Friday during a function at the Kempe Gowda Interchange Metro station to announce the official launch of the Namma Metro app, Bangalore Metro Rail Corporation Ltd (BMRCL) Managing Director Pradeep Singh Kharola said, “The pre-Diwali day crowd touched nearly 2 lakh. Metro is looking at transporting half a million passengers every day when Phase-I is complete. The four-minute frequency is a step towards preparing ourselves for it. By January, Metro is looking at running a train every 3 minutes.”

Bengaluru Development Minister K J George said Metro officials had assured commencement of operations of the entire Phase-I by April 2017. “I hope it is done even before that. But safety and security of passengers should not be compromised,” said the minister.

George said trial runs will commence along the Jayanagar route before November 18. “Trains will run between National College and Puttenahalli,” Kharola said. The 8km elevated corridor that connects National College, Lalbagh, South End Circle, Jayanagar, R V Road, Banashankari, J P Nagar and Puttenahalli was ready last year, but there was no track connectivity to bring trains to these stations.