Rescuers wary of finding homes for indies in Kerala

BENGALURU: When Poulomi Dhar visited Munnar in Kerala in May this year with her Indie dogs, she stayed in a cottage owned by Pawan Potluri who lost his two Indie dogs — Sana and Brownie. While Brownie, a male dog, mysteriously vanished, Sana had froth coming out of her mouth when she returned home. She passed away after that. While Pawan did not check the reason for her death, it looked like she was poisoned. 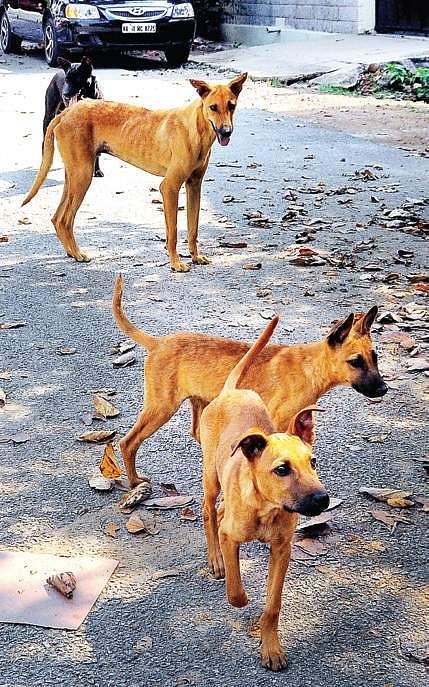 During her five-day-stay in the city, she noticed many passers-by were using cuss words at them and their dogs in Malayalam. The hostility was hard to be ignored, and added to the reports of dog culling in the state, she says that she would be wary of taking her dogs to Kerala.
Other animal activists and rescue networks in Bengaluru share her anxiety. They say that they are skeptical about letting rescue dogs be adopted by any person living in Kerala. “We don’t have anything against the Malayali community, but take special care to make sure they don’t land up in a wrong home,” says Poulomi who fosters dogs.

“We have nothing against Malayalees,” clarifies another animal rescuer. “Infact we have given many dogs to many lovely Malayalee families in Bengaluru... but, given the current circumstances, we hesitate to give a dog to anyone living in Kerala.”
“We do house check before the dog is adopted and also follow up to see if the dog is fine and kept well in all the cases irrespective of which place they come from. But we are apprehensive when we get requests from Kerala,” says Debaleena Ghosh, another animal activist from the city. “The homes there are huge and don’t have compound wall which makes them vulnerable.” She also adds that requests from Kerala are less.
It’s not only Kerala but some activists are apprehensive even when they get requests from cities that fall close to Kerala border, says one of the activists. “As the older homes don’t have compound walls, dogs freely wander around,” she says. “Otherwise, they are kept in kennels, which is again bad for them.”