BENGALURU: Around 500 people participated in the Satyagraha movement (hunger strike) called by Citizens for Bengaluru (CfB) at Freedom Park on Sunday. CfB is spearheading the #steelflyoverbeda campaign, demanding cancellation of the proposed steel flyover project from Basaveshwara Circle to Hebbal flyover.
Writer Girish Karnad too was at the venue and extended his support to the cause. Although it was a citizens’ movement, JD(S) spokesperson Tanveer Ahmed was at Freedom Park to show the party’s support. 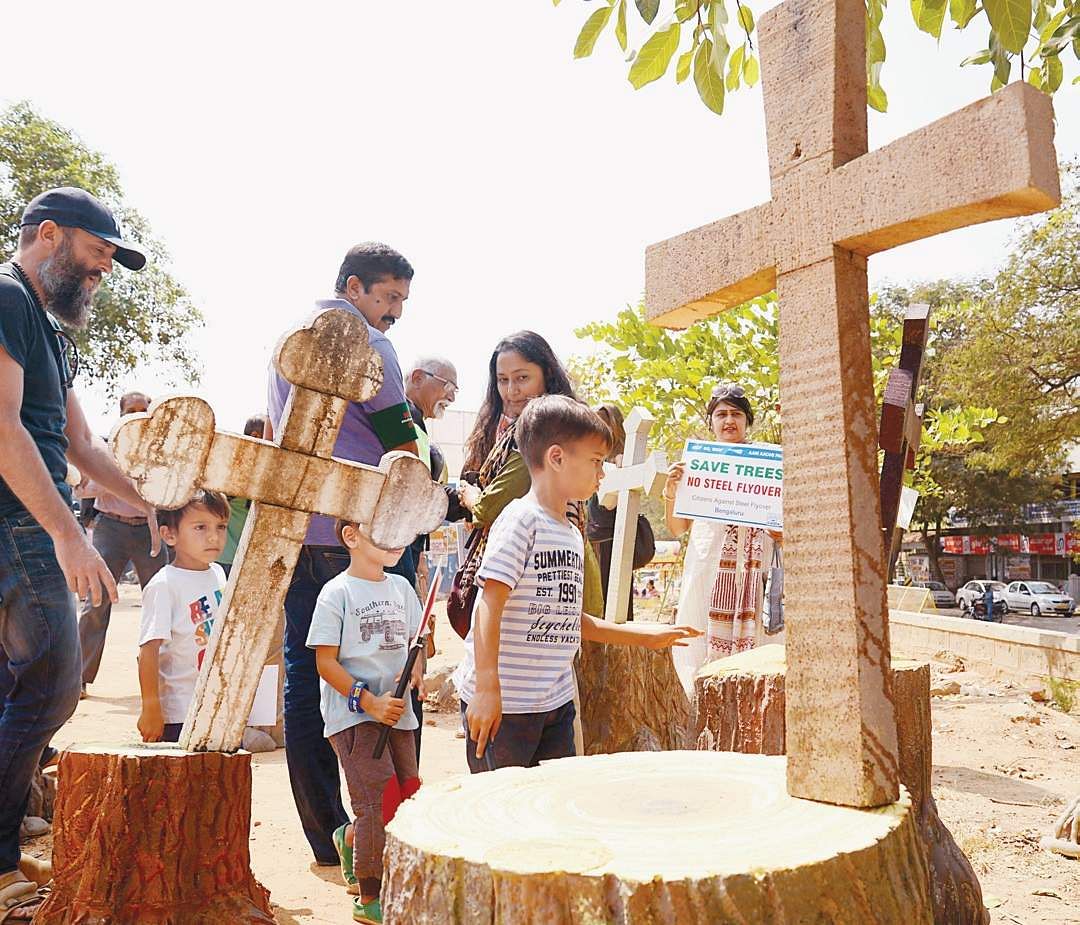 Although it was hunger strike, it was no less than a carnival for the Citizens for Bengaluru (CfB) as musicians and speakers kept sharing their views on the project and the apathy of the government towards public needs and opinions. Interestingly, there were citizens from various localities across the city.
Rima Kashyap, a former journalist, said, “This is our way of saying you cannot take us for a ride anymore. This is a start and from now on, all infrastructure projects have to go through public consultations.”
‘Thou Shall not Steal’ is one of the phrases that has been used numerous times since the project came to light. It was Nazneen Tonse from Langford Town who is said to have used the phrase attributing it to the steel flyover and since then, it has been picked up by many. She says, “It was a perfect fit to what was happening. I am disturbed by the fact that when there is so much to do, the government is spending money on unnecessary projects.”

V Ravi Chander ofthe Vision Group said, “We need a mobility plan as we have mobility issue. BDA gave us an engineering solution. The problem here is about traffic flow and multi-modal transport. There are so many small ways to fix these issues instead of building a steel flyover.”
The flyover project has attracted criticism from various sections for its high cost and environmental repercussions as it will bring down 812 trees. The matter was taken to National Green Tribunal, which stayed it for four weeks. The NGT, Chennai bench, has asked the government to come up with the environmental impact assessment report of the project.