Website, started by NLSIU alumni, attempts to make law and its practice less intimidating for citizens

BENGALURU: For a common man, the mere mention of the law and courts can seem very intimidating. Now, a website called Nyaaya, started by alumni of the National Law School of India University (NLSIU) attempts to make the language and practice of law friendlier.

While there are already a number of websites that document laws of the land, people still need to go through the Herculean task of trying to understand legal jargon. Sumeysh Srivastava, outreach lead of Nyaaya, says: “Even lawyers and legal practitioners like us are resigned to ‘law is quite complex’. Those who are not familiar with the law tend to be intimidated and mystified.” 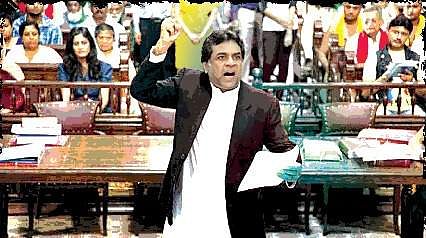 Also, he says, while many law portals have done a good job of documenting laws,  they do not explain them well. Most people also consider government portals as definitive guide for laws. But these are not user-friendly in terms of the design and interface. “The designs in such websites are confusing, the font and text of the law are also not inviting. In addition, a lot of the laws are also not updated,” he says.

One look at the Nyaaya website, however, shows a fresh approach to explaining the law. There are various categories – from domestic violence and sexual harassment to laws on drugs and anti-corruption – neatly arranged. There are also simple and crisp explainers for each of them.

The idea to start the website came from the founder’s deeply felt need to make the law understandable even to the lowest strata of the society. Sumesysh, for example, was with the Centre for Social Justice in Gujarat where he witnessed people suffering because of their ignorance of the law. “There are laws to protect them but they do not know about them. They are terrified of approaching any authority with their grievances,” he says. Other members had similar personal experiences.

The website took nearly three months and it is still a work in progress, with more categories and laws to be added. A beta version of the website was released on Monday. Currently, the website contains only central laws and state laws will be added in another six months. It will also be available in regional languages soon.