kathak will get unabashedly maudlin

If you miss the golden oldies of Bollywood music and their extravagant emotions, don’t miss the show
that sets Kathak to few favourites

BENGALURU: Relive the black-and-white era of Bollywood with Riti at the annual show Dhwani by the Kathak school Nrithyanidhi.

Dhwani is a thematic Kathak show and the proceeds from the show will be handed over to Buoyancee, which works for various social causes such as women empowerment and with underprivileged children.
Every year, it is also spun around a concept. This year’s theme of Dhwani is Riti, a celebration of the black-and-white era in cinema. The show also marks ten years of Nrithyanidhi. 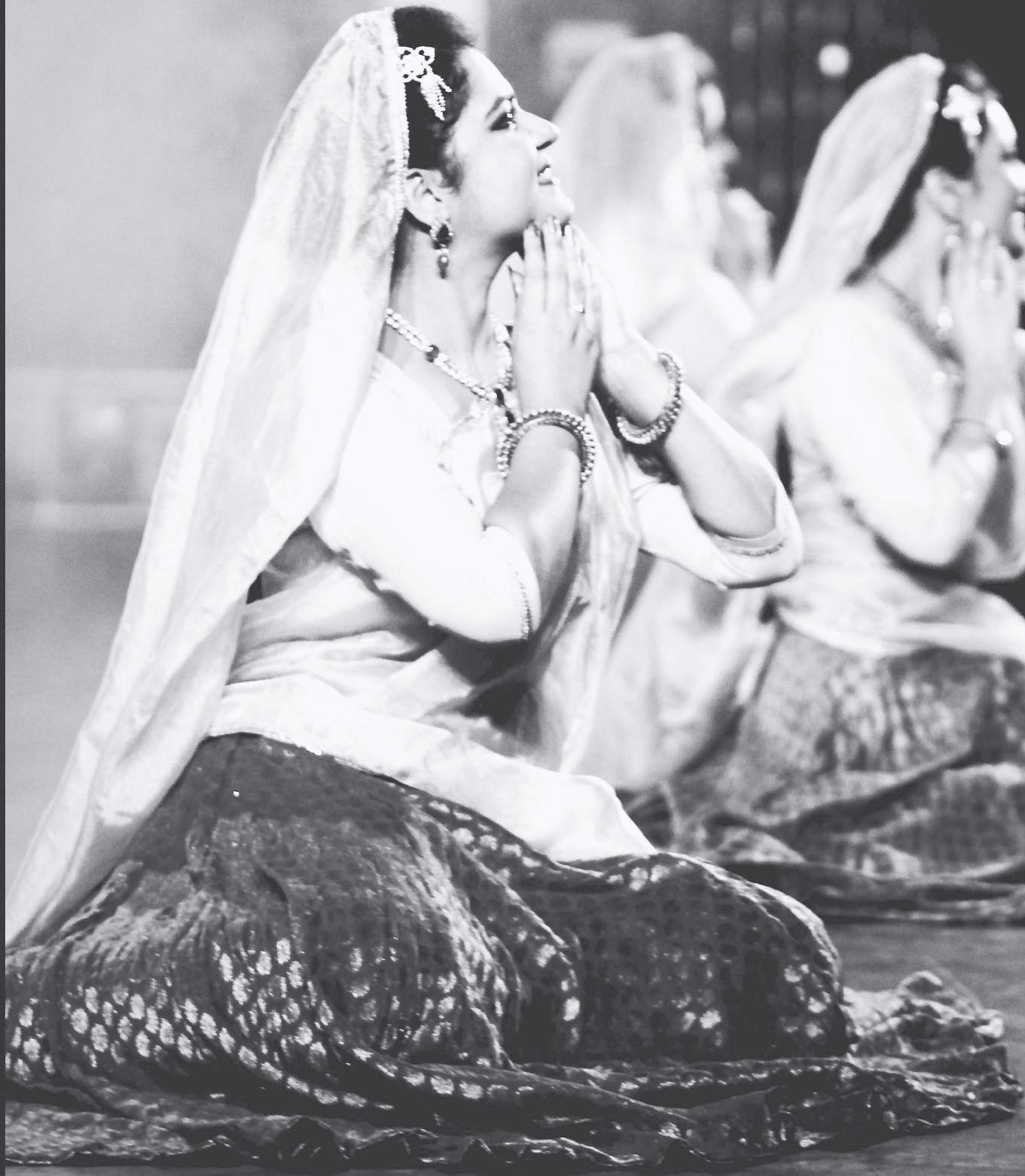 Founder of Nrithyanidhi Shoma Kaikini says, “Riti literally means memory. It will be a journey through the black and white era with Hindi cinema songs. There’s always an emotional connect with these songs. We grew up seeing our parents and grandparents listening to them. They are nostalgic.”
The 12 dancers from the institute will present a two-hour show with nine songs such as Yeh hai Mumbai meri jaan and Mohe panghat pe nand lal chhed gayo re.

Shoma adds, “The finale of the show will have a medley of 10 other songs such as Lag ja gale and Dil tadap tadap ke. People usually ask why we we didn’t include some songs. These old songs are so memorable and evergreen. They evoke different moods too.”

She says that the songs were not picked by plan, but more for personal associations. “I heard more than 100 songs,” she says. “I just closed my eyes and felt the songs. I chose the ones that are more soulful and popular. They make you cry and laugh.”

Unlike yesteryears, people today are judgemental and secretive, she says. “People of that era were more open and expressed their feelings unabashedly. The song Lag ja gale is so beautiful. They were very confident and open about how they felt.”

The original songs and not remixes will be used for the performance. “Even if the recordings have glitches or the quality is poor, we will use them,” she says.
Also, the artistes are happy that they could go through such an emotional journey. “It was so beautiful to experience such a thing. We laughed and cried during our rehearsals. When we heard the line Kisi ki adaaon pe mar gaya ji, badi badi ankhiyon se darr gaya ji from the song Jaane Kaha Mera Jigar Gaya Ji, we all laughed.”
Most of the songs are not a dance number but, to Shoma, that does not matter. “That is the new style of choreography that I developed,” she says. “When you listen to these songs, you feel it and we try to give a physical form to these imaginations and the sequences follow the Kathak style. We are trying to bring out the essence of the song with our performance.”

Though beautiful, it was equally challenging too. She says, “It was very difficult especially the medley which had songs from different moods, from Jaane kaha mera jigar gaya ji to Ajeeb dastaan hai yeh. From crying in Lag ja gale, I make a sudden shift to a peppy song like Chod do aanchal with lot of joy. The shift was difficult for me. I got irritated and would ask others to leave me alone. The performance has lot of acting and my fiance helped us improvise. He made us cry and then suddenly, laugh... It was fun working with him. We are now so excited and waiting to perform on stage.”

She says, “Wah wah aasani se nikalti hai, par aah aah mushkil se nikalti hai (appreciation is easy, but empathy is difficult)...  Dance is more of the heart. You need to feel every emotion and enjoy yourself. It is like meditating. We must be able to convey that to the audience. They should laugh and cry with the performers. I want the audience to forget everything, even their names, when they watch us perform.”
Since, it is their tenth anniversary, there are surprises for the audience too including a free, retro make-up for eyes by in-house artist.
The show will be at 6.30 pm, at Alliance Francaise De Bangalore, on November 20.