What started with 10 beds

BENGALURU: The structure built in 1887 has seen the city change, from a quiet abode for retiring seniors to a rushed metro that stays up all night.

Located in a lush green 20 acres, the hotel is said to be one of the first luxury hotels in the city. As you walk around the hotel, you will be greeted by turkey, geese and butterflies. 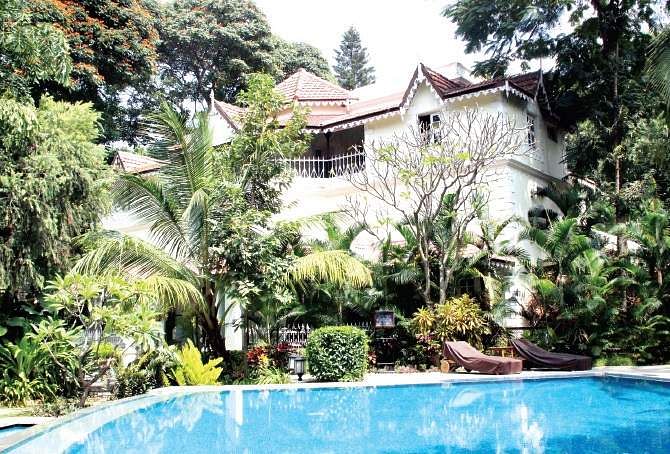 “Bengaluru was a leafy British cantonment and all families owned a part of the city’s gardens. A British couple, Mr and Mrs Bronson, opened a boarding house with ten beds and called it Bronson’s West End. It was opened to offer efficient boarding with laundry and kitchen facilities to the soldiers,” says Somnath Mukherjee, General Manager at the hotel. The single-storey building has been now converted into a Jiva Grande spa.

Arun Prasad, a historian and researcher, says that the guesthouse was need of the hour as there were no exclusive lodgings to accommodate the upper-class British who visited the city. “They would come here to visit the city or the officers living here. Some of them would also come to visit Royal Maharaja of Mysore,” he says.

“While the guesthouse was run by Mrs Bonson, who was married to a British officer, she started getting enough visitors and next year her husband also joined her and helped her in developing the property,” says Arun Prasad. The hotel had an ideal location – on the high grounds, next to Golf Club and adjacent to Race Club. The historian says that this made it easier for officers to access both the facilities.
There was so much demand that they extended it to two other existing buildings. One of the two buildings was earlier occupied by Grenadier Guards Regiment, one of the units of British Army, says Arun Prasad. Another building, he says, belonged to the secretary of the Race Club. They must have been built in early 1900s.

Oldest Post Box
Walk to the right of this building and you will find a post box that is still functional. It was used by the guests when it was Bronson’s West End. “It is the oldest operational post box in the city. It has the original Victorian Crest. It is made of cast iron,” informs Somnath Mukherjee.
But much before the guest house was opened by Bronsons, Muneshwara temple existed a little ahead of the building, which is now part of the hotel. The year in which it was built remains unknown. “It would have been a place of worship for people who lived in this locality,” says Somnath Mukherjee. The carving in front of the temple says that a great jamun tree fell on this temple ‘kalasham’ splitting the trunk into two but the temple remained unharmed. Even now the temple is open to the guests who visit the hotel and also to outsiders.

168-year-old Tree
Even the trees here are ancient, among them is a Rain Tree. According to a carving put up in front of the tree, it was planted in 1848 approximately. A Christmas tree planted in front of it measures more than 130 feet and is believed to have been planted even before the guesthouse came up. Eagles and parrots have made their nests here. Many more trees have been added and maintained by The Taj West End which occupied the place in 1984 and have preserved it with much love.
Arun Prasad says that in a book called Cyclopedia of India, a descriptive account of the landmarks and the people of India in early 1900s is listed. One of the landmarks mentioned in the edition printed in 1909 is Bronson’s West Land.

“The book describes it as an establishment of six fine buildings, spacious verandas, overlooking beautiful gardens and cottages. It also mentions that the building had a large dining room, a spacious drawing room, lofty billiards room with two full-sized billiard tables. All the rooms were furnished with modern amenities. There was a bakery, a dairy and carriage services as part of the hotel according to the book,“ he tells us.