It was ‘Akshaya Trithiya’ again for many

BENGALURU: It was the currency crackdown effect. Many jewellery stores in Bengaluru saw an ‘Akshaya Trithiya’-like situation with people rushing to buy gold with their hoarded money.
Jewellers, big and small, saw a huge surge in sales. It is difficult to estimate the volume of sales that took place on Tuesday between 8.30pm and midnight at this point of time, say jewellers.

People even paid a premium of 5 per cent or `2,000-`3,000 more on each purchase.
Sarala (name changed) who had `10 lakh cash  at home, rushed to a nearby jewellery vendor and purchased gold worth `3.5 lakh. She said, “I wanted to convert as much money as possible and purchased about 100gm. I had to give my bank details and produce my PAN card for this transaction,” she added. 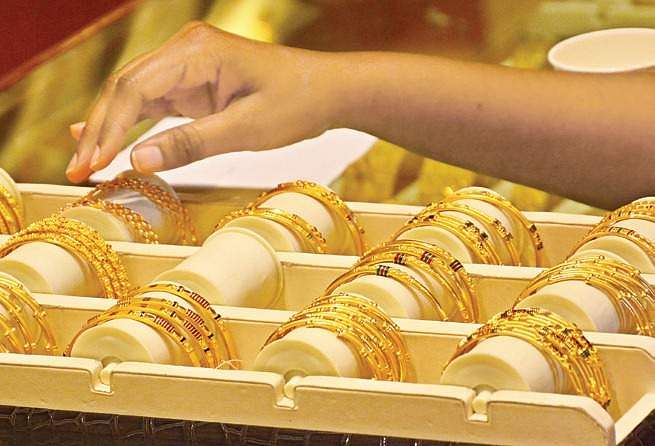 Speaking to Express, Venkatesh Babu, Jewellery Association of Karnataka, said, “The rush on Tuesday was akin to that of ‘Akshaya Trithiya’ day. Since purchases up to `2 lakh don’t need a PAN card, most transactions were legal. However, many jewellers did business for more than this amount per individual. Also, buyers didn’t mind paying 5 per cent extra.”

In Raja Market in Bengaluru, not much sales were noticed as the announcement came after the shops closed.

Vasu, a jeweller, said that with the international prices of stock gone up by $ 50 per ounce, on Wednesday, the price of gold was `2,930 per gram compared `2,880 per gram on Tuesday. He added, “More sales of gold items happened in Mangaluru than in Bengaluru. Jewellers were selling gold  till midnight.

Commenting on the huge rush to buy gold, IS Prasad, banking and financial expert said, “This was the last resort for people to convert their demonetised money to gold. However, since any sales worth more than `2lakh can be identified, this issue can be probed by the department later.”

All of a sudden, if people rush to purchase gold and the transactions are recorded, the government will definitely have a look at it, opines M C Dinesh, FKCCI president. “With this industry under scanner, this will not be an easy escape route for hoarders and black marketers as they will face tough times in the coming days.”