Elevated road not a standalone project, cost per km is `143cr: BDA

BENGALURU: The proposed steel flyover from Basaweshwara Circle to Hebbal is not a standalone project. Considering the learning from the construction of flyovers at short lengths, it is proposed to construct continuous elevated road covering nine junctions instead of flyovers at short lengths, according to the Engineer-Member of Bangalore Development Authority (BDA).
The lotal length of proposed flyover including main flyover, up and down ramps, three underpasses is 12.54 km. 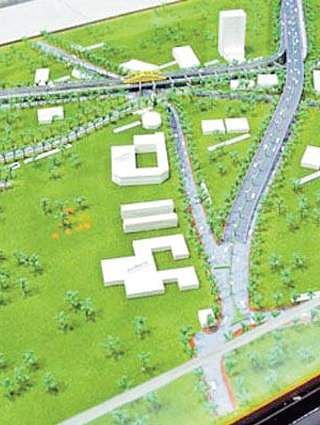 The project also includes surface level road, drainage system, illumination and traffic safety appurtenances. Thus, the project cost is `143 crore per km and not `267 crore per km, the BDA official clarified.
“Even though Metro connectivity is being planned for the KIA (international airport), one cannot ignore road-based public and private traffic.

“For a city like Bengaluru, with over 60 lakh vehicles, that is exactly what is being done now. Metro as well as an elevated road are being planned and implemented,’’ the official added.
The Comprehensive Traffic and Transportation Plan (CTTP) 2011 has suggested, amongst other improvements, to provide signal-free travel for passengers from city centre to the airport with provisions of flyover at junctions to provide seamless travel along this route.
“CTTP- 2011 is the guiding document for planning and preparation of various mobility solutions for the city. The CTTP has extensively looked at various options including Metro, BRTS, flyovers, road improvements schemes etc,’’ the official stated.
The larger mobility plan includes elevated North-South and East-West corridors (undertaken by Karnataka Road Development Corporation).

This flyover is a sub-set of the larger plan.
In addition, Metro connectivity to airport via Nagawara, 65 km-long Peripheral Ring Road to connect the NICE Road, Metro along the Outer Ring Road from Silk Board to KR Puram, 72 km long Phase-2 Metro and addition of buses to the BMTC bus fleet are some of the major infrastructure projects planned, the official added.