Porngate: Exit now and come back later for Sait too?

AMID opposition demand for his resignation for allegedly looking at sleazy pictures on his mobile at a public function in Raichur, Primary and Secondary Education Minister Tanveer Sait met Chief Minis

BENGALURU: AMID opposition demand for his resignation for allegedly looking at sleazy pictures on his mobile at a public function in Raichur, Primary and Secondary Education Minister Tanveer Sait met Chief Minister Siddaramaiah on Sunday and explained his side of the story. 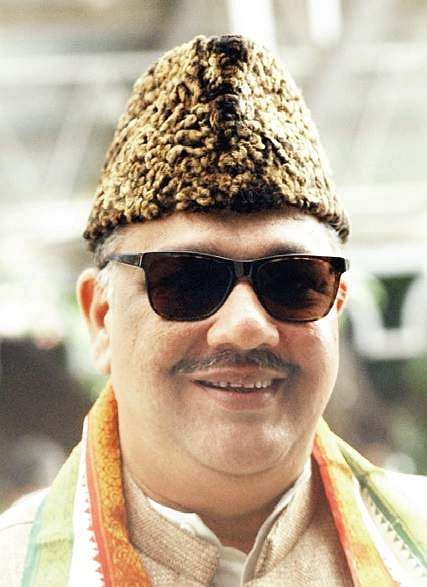 With opposition parties girding up to put Siddaramaiah government on the mat over the issue in the legislature session starting in Belagavi on November 21, a section of the Congress leadership is considering asking Sait to step down, and conduct a probe into the incident with an assurance that he would be reinducted if he is cleared of the charge.

The state government had adopted this formula in minister K J George’s case. Sait reportedly showed the alleged WhatsApp message on his mobile phone to Siddaramaiah and tried to convince him that he had neither viewed nor downloaded it.

He conveyed that he had just scrolled through  the messages he had received and it was wrongly portrayed by the electronic media that he was watching the sleaze picture.

Sources said Siddaramaiah heard the explanation patiently and said that the episode cannot be treated lightly as it was damaging the image of the government.

The Congress high command has sought a report from the CM on the incident and Siddaramaiah reportedly made it clear to Sait that the party bosses would take a final call on his fate.