Ride is near,so is prejudice

We talk to LGBT-identified people who have faced isolation, ridicule in ‘inclusive’ city

BENGALURU: Bengaluru, with a vibrant LGBTQ culture, sees itself as an inclusive city. Offices have friendly policies and colleges have teachers who discuss and understand gender politics. Yet, the world is not flat. 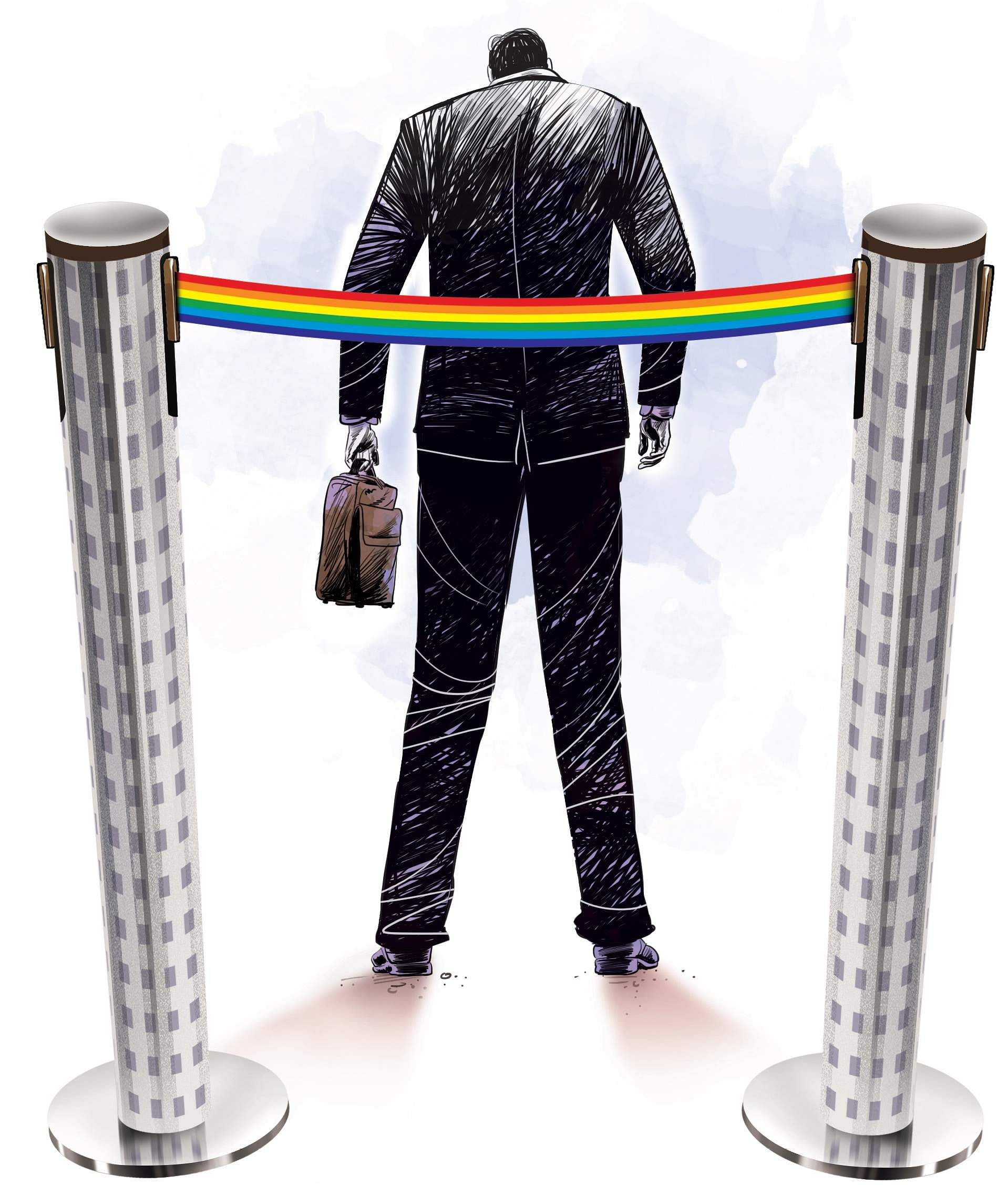 As the Bengaluru Pride March nears, we speak to working people and students who have faced social isolation and ridicule. They say people still refuse to share an accommodation, snigger at them and keep them out of office outings.Sayantika, an undergraduate student at Mount Carmel College, says that when she came out of the closet, most of her teachers and classmates were “very supportive”. Unfortunately while living on her own, Sayantika was not so lucky. In her second year of college, she moved into a flat with two others. “I was very open with both of my flat-mates,” she says. “At first, both of them were ok with it but later they changed their minds. When my friends and girlfriend began coming home and spending time with me, my flat-mates started to get uncomfortable and even told my owner that I was gay, to get me thrown out.” Thankfully, for Sayantika, her parents supported her and convinced the owner to let her stay on. Her flat-mates moved out.

Swathi, a psychology student at a reputed college, says that some of the staff in her college often tell her that they were “getting confused” by her dressing. “They ask me to dress up more, be like a girl,” she says. “During discussions in class about homosexuality, I’ve noticed some of my classmates getting uncomfortable around me and some even look at me with open disgust after knowing my sexuality.”

50 Shades of Prejudice
Often, people who are not “obviously gay” are spared. Suraj (name changed) is a student at R V College, Bengaluru. He says that other than the occasional ragging and teasing from the guys in his college, he doesn’t face too much trouble. “They can’t make out my sexuality just by looking at me,” he says. “Things are more difficult for people who are more flamboyant, perhaps.” If Suraj does get “advice”, it is from non-teaching staff such as hostel wardens.

There are college managements that are supportive, but students could act “silly”. Edwin Thomas, who used to study at Christ College, says that he was pleasantly surprised when his college management supported him. “I expected resistance from a Christian institution,” he says. “Then again, maybe being a Christian helped.” But students from other classes have walk up to his class to peep in and see what he is wearing that day. “I found it funny,” he says.

Edwin is happy at his workplace, Youth Ki Awaaz. He is a sub-editor there and says it has a “great atmosphere”. Four others identify as LGBT and all five have formed a group, share jokes and spend time together. “My office is non-discriminatory, inclusive and friendly,” he says.
But work can take you to uncomfortable places. For example, if you have to travel outside the city and use public washrooms. Uma, transgender and founder of a support group, says that she has travelled with colleagues and found them uncomfortable about sharing a room with her. “Anyway, I was not happy changing clothes in the same room with male colleagues,” she says, “I always thought of myself as a woman”. Recently, she was looking for a house and had to hide her sexual identity. “They may refuse to give me the house,” she says.

Every Joke on ‘Pink’
Ritesh Rajani works at a top multi-national company, and says he is one of the lucky few to get a “conducive and discrimination-free” work environment. “But I think  homophobia and transphobia is not limited to just people from LGBT,” he says. “Even others are subjected to this fear, maybe because of their dressing. For instance, if someone wears a pink shirt, people ask them ‘Are you gay?’ These things unconsciously fuels a bias against LGBT.” Ritesh is also a part of ‘Queer at work’which will be part of Namma Pride 2016 pre-events. Office policies could be progressive but, as Sanjay Kam says, employees need not abide by them. He is employed at an MNC and is unhappy with the work environment. But Sanjay faults the employees rather than the organisation. “The company acts against offenders,” he says, “but discrimination is ever so subtle.”

Ghosts in the Room
You can really pin it down. “It can be a cold shoulder or  selective acknowledgement,” says Sanjay Kam. “I try to be open about my partner and my life, but it makes some colleagues uncomfortable. They ask me if I have to really ‘flaunt’ my life. I ask them, if they are flaunting theirs with invites to their kids’ birthday parties or wedding anniversaries, why can’t I... Heterosexuals take structures like marriage for granted,” he says. “I have to give my partner a ‘brother’ or ‘cousin’ tag.” Moulee is an employee at an IT firm in Bengaluru. “It is important to use gender neutral pronouns in office communications,” he says.  At his previous workplace, prejudice was more brash and open. “They called me names and even wrote derogatory words on my car.”

Identity of India must be kept intact when you exercise right to speech: Ravi Shankar Prasad