BENGALURU: How often do you heard stories of Indian immgigrant dairy owners in the West. Rarely, if ever. But that changes today, as Ranga Shankara hosts a bittersweet love story based on an immigrant Indian shopkeeper who endeavours to establish a new life in New Zealand and prove his love for his wife.
The play, Krishnan’s Dairy is being performed by Indian Ink, a theatre company in Auckland, led by Indian-origin actor Jacob Rajan. 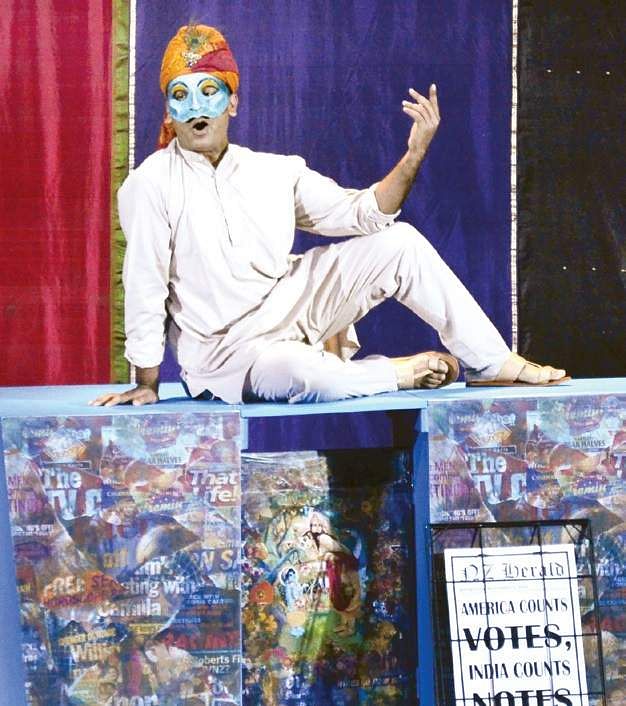 “It started as a project at the New Zealand Drama School in 1994. I was tasked with writing a self-devised piece of theatre. I chose to research dairy owners.  Dairy is a New Zealand term for a corner shop or convenience store, predominantly run by Indian immigrant families. On graduating from drama school I collaborated with my director, Justin Lewis, to turn the 20-minute exercise into a full-length play in 1997. The result was ‘Krishnan’s Dairy’, a love story contrasting the ordinary love of a shopkeeper and his wife with that of the legendary love of Shah Jahan and Mumtaz Mahal,” explains Rajan, who has written the script.
Victoria University Press has published the play in a trilogy alongside two of their other works: The Candlestickmaker and The Pickle King, in 2005.

“It is now taught in the secondary school curriculum and in University courses. Now the story is undergoing another reincarnation. We’re working with South Pacific Pictures to translate ‘Krishnan’s Dairy’ into a feature film,” he says. But it has been a “long and winding road” to get where he is today.

“I am the son of Indian immigrant parents so I was supposed to be a doctor. I arrived at acting very late having already accumulated a BSc in Microbiology  and a primary school teaching diploma. I started gravitating towards theatre in education at Teachers’ College - performing for children. My tutors encouraged me to audition for Toi Whakaari: The New Zealand Drama School. I suspect, in a perverse way, my shyness attracted me to acting. The ability to put on a mask and be somebody else was very appealing,” he says.
In the play, he plays the husband and the wife.

He gives credits to his director and his love for masks on being able to juggle between two characters.
“The trick is to allow yourself to be possessed by the mask and not let your ego interfere. It’s not easy for an actor to let go of their ego, but once you do it’s very freeing and the possibilities - male, female, animal, monster - are limitless,” says the artiste who has his origins in Kerala.

So what has made the play so successful in New Zealand? The 50-year-old says, “I think the audience there responded to the mask form and the love story and the unusual but utterly familiar context of the corner shop seen in a different light. I was also the first Indian graduate from the New Zealand Drama School, so it represented an entirely new voice on the New Zealand stage.”
Catch the play at Rang Shankara today at 7:30pm.