Bribery takes a back seat due to fund crunch

The Anti Corruption Bureau, that usually receives 4-5 complaints per week, has netted only one official in corruption case since demonetisation.

BENGALURU: Thanks to the demonetisation of high-value currency notes, the Anti Corruption Bureau (ACB) units across the State have enjoyed a relaxing week. It has arrested just one official in connection with corruption across the State since last Tuesday after the Prime Minister’s announcement.

The ACB, which began operations on April 1, had been receiving a litany of complaints during the last three months and has made 80 arrests so far. 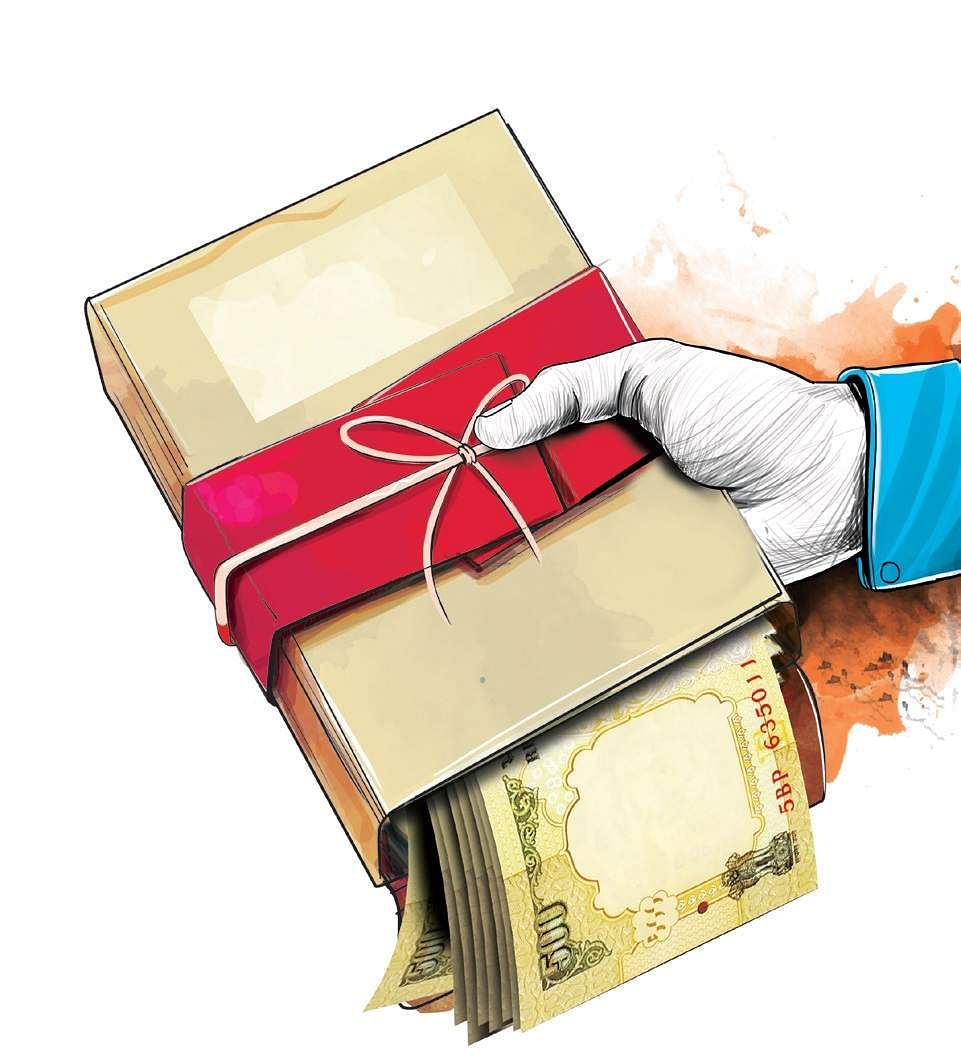 “On an average, we used to receive four or five corruption cases each    week. We received only one complaint from Ramanagara against a  revenue official the past week. We laid a trap and arrested him,” said M A  Saleem, Inspector General of Police (IGP) of ACB.

“The cash crunch all around was the reason that bribes were not paid this  week,” the IGP said.

When asked if the demonetisation could play a crucial role in doing away with corruption, the IGP said, “I think this is a temporary phase. When things settle down and the new notes are in circulation, corrupt activities are likely to begin all over again.”

Bribe will take other forms soon

A former Lokayukta official said, “There will definitely be a lull in corruption for some time now as bribe-takers generally prefer the higher value notes. But it will take other forms in future, like a costly television, iPad, laptop, high-end mobile and so on.”

Neutralisation of hoarded black money is taking place presently and this is a big step that will improve the country’s economy, he added. “However, this is a transitory phase and things will settle down in some time. We need to wait and see the impact on corrupt activities then,” Justice Hegde cautioned.

The city-based Mysore Paints and Varnish Ltd is flooded with orders for indelible ink after the Centre decided to use it to mark the fingers of those who exchange old currency notes with legal tender.

A H Venkatesh, chairman, Mysore Paints and Varnish Ltd, said on Tuesday that they supplied huge quantities of  indelible ink (5 and 10 cc bottles) to RBI offices in Mysuru, Bengaluru and Delhi. Apart from this, he said many banks procured it by directly approaching them.

However, the chairman did not disclose the quantity of ink sold on Tuesday. He said the state-owned company is ready to meet any kind demand for the ink. They have enough stock to meet any emergencies, he said.

Stay up to date on all the latest Bengaluru news with The New Indian Express App. Download now
(Get the news that matters from New Indian Express on WhatsApp. Click this link and hit 'Click to Subscribe'. Follow the instructions after that.)
TAGS
Demonetisation Corruption Anti Corruption Bureau Lokayukta