Work without breaks, lack of sleep, working on off days and chaos at ATMs have made it difficult for
many bankers.

BENGALURU: Banking employees are collapsing in exhaustion, literally. They are putting in more than 12 hours of work without a break, cancelling holidays and dealing with long-lines of angry customers.
Recently D Thomas Franco, senior vice president of All India Bank Officers Confederation, told one of the national dailies that 11 bank officers have died of the  stress following the demonetisation drive. 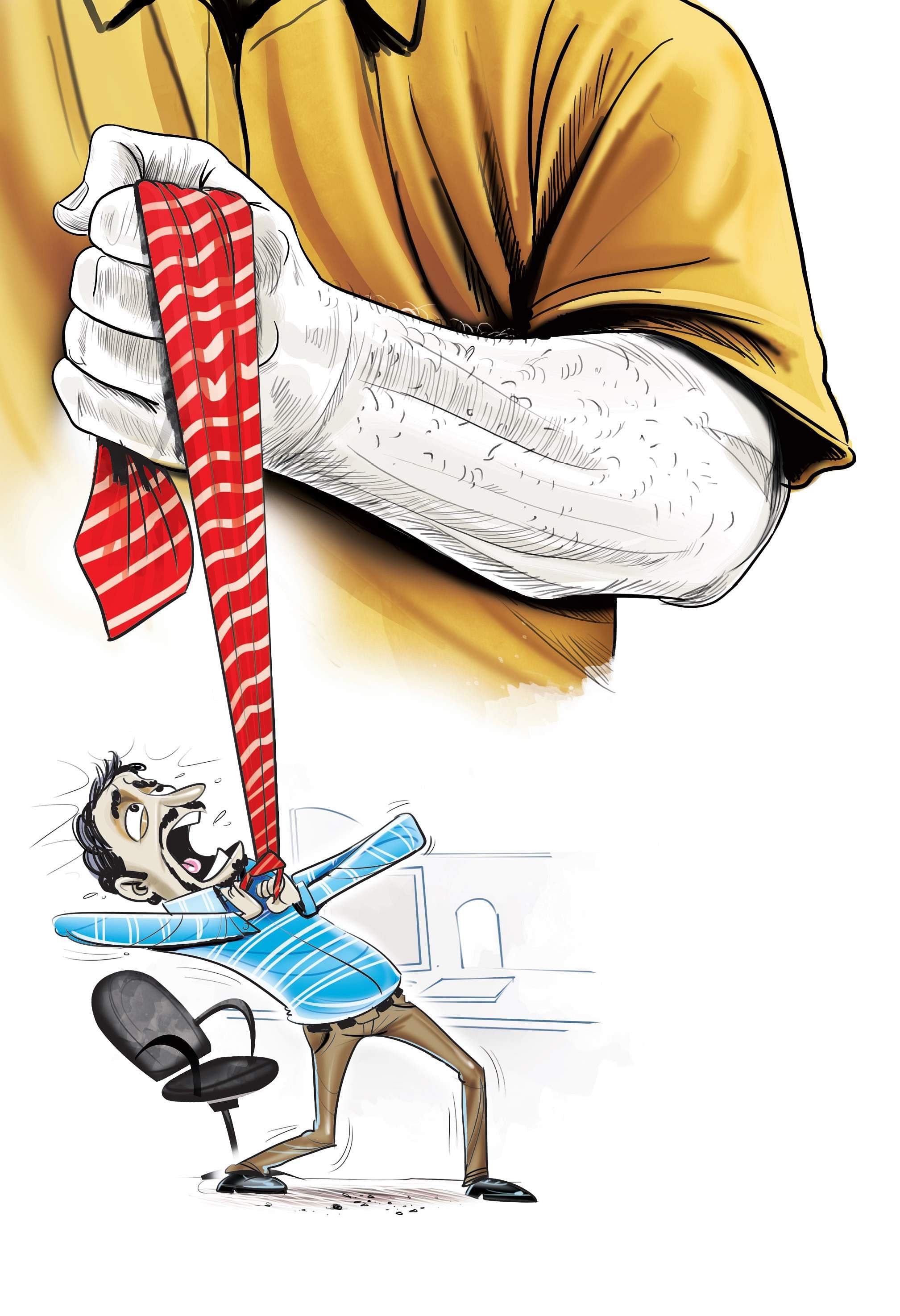 Preethesh BM, single-window operator, at State Bank of Mysore, is a ‘victim’. He says the initial days were more hectic with people rushing to exchange their old currencies. “We were running out of `100 notes and most people ask for them,” he says. “Many people were making multiple withdrawals with different ID proofs and when I identified them, they began abusing me. The situation got out of control and I asked the police to help. They did and cleared the crowd at my counter but many customers felt humiliated.” But in the rush, Preethesh lost count of `4,100 and had to compensate from his own pocket. “The first day, I reached my home at around 12 am and I was not able to sleep because of the stress and abuse I had faced.”
Public were not letting the staff take breaks. “When we try to take a break, even once, the customers begin to plead,” says one employee at State Bank, who did not wish to be identified. “We do that for one customer and the others demand it too.”

Regulars Upset
Usually regular customers are given preference, but not when tempers were high. “Initially we had decided to put our regular customers first because we had a shortage of currency,” says Kiran Kumar, a manager, at State Bank of Mysore, Cunningham Road. “But that didn’t work because the rest of the people raised objection. A doctor even posted a negative comment on Facebook and we stopped giving anyone priority. It displeased many of our regular customers.” His branch served tea and biscuits to the waiting people.
Vimala Vijaybhaskar, a manager at Canara Bank, says, “Our regular customers came to my cabin and, in the first few days, I was helpless. One of them wanted to open her locker and we were busy with the currency chaos. I tried to make her understand but it was not helping, and finally I called one staff members from the counter to accompany her to the locker.” A senior manager at Vijaya Bank also says that regular customers come straight to him. “I myself served them,” he says.
ATMs have to be refilled, but people had little patience for it. “People started shouting and pushing their way in when we had to sort out a technical issue,” says Kiran.

Many bank employees had planned holidays and leaves but all stand cancelled. An employee at Canara Bank says that he was to have a minor surgery this week. “But I have postponed the date,” he says. Others, who live far from homes, have put off their trips. Another employee at Canara Bank says, “I and many of my colleagues were supposed to attend functions and events, but not anymore.”
In the beginning, most bank employees say that they were charged up about the challenge. “Even though we were working far more than regular hours, we were excited and proud that we were contributing to a better economy,” says one employee at a nationalised bank. “But, later it drained us. It became stressful.”