Setback for Justice Y Bhaskar Rao, an accused in the corruption &extortion scam.

BENGALURU: In a major setback to former Lokayukta Justice Y Bhaskar Rao, the High Court on Tuesday declined to quash the criminal proceedings against him. He is the seventh accused in the corruption and extortion scam within the anti-corruption body, Karnataka Lokayukta. 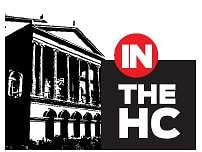 Rao had challenged the supplementary chargesheet filed by the Special Investigation Team (SIT) headed by ADGP Kamal Pant, before the Lokayukta special court arraigning him as accused number seven. Interestingly, his son Ashwin Y is also an accused in the case.

In the judgment running up to 80 pages, Justice Anand Byrareddy said that it is not possible to accept that the Lokayukta is protected under the Judges (Protection) Act, 1985. Under the provisions of the Karnataka Lokayukta Act, the Lokayukta does not render any judgments. Secondly, the protection under Section 3 of the Act, is available only in respect of any such act continued while acting in the discharge of his official judicial duty or function.

Justice Byrareddy said the material on record show that the other accused have used the office and residence of the Lokayukta to commit the offence. Though Rao has expressed his innocence, the statements of IPS officer Sonia Narang and IAS officer M Lakshminarayana clearly show that though the offences being committed were brought to his notice, Rao did not take immediate action, the judge noted.
Justice Byrareddy also pointed out that the complaint over property dispute against Syed Riyaz’s brother, suspended PRO of Lokayukta, was just treated as a petition on Rao’s order.

This apart, the judge also said that the statement of Pramod, a constable attached to the PRO’s office, shows that Rao was using his mobile phone to talk to his son Ashwin Y.
The call detail records show Rao’s involvement. Thus, the material produced by the prosecution prima facie provided sufficient grounds to proceed further action against Rao, the judge said.