You post videos of your children’s first walk or every lisped word, but you could be  violating their online privacy and putting their safety at risk.

BENGALURU: The pictures of your kids posted online that get hundreds of likes might be considered an invasion of their privacy later. Already a law in France, discussions have started in India too.
You see your child growing - he laughed for the first time, or slept in the cutest way possible, or had his first walk; all you want to do now is to upload that memory online, to share it with your friends and relatives. But hold on a second--you are creating an account of your child’s private life online without his permission, which he later could find embarrassing or inappropriate. If this law gets implemented, your child could sue you for putting up pictures of his/her that are “offensive”. 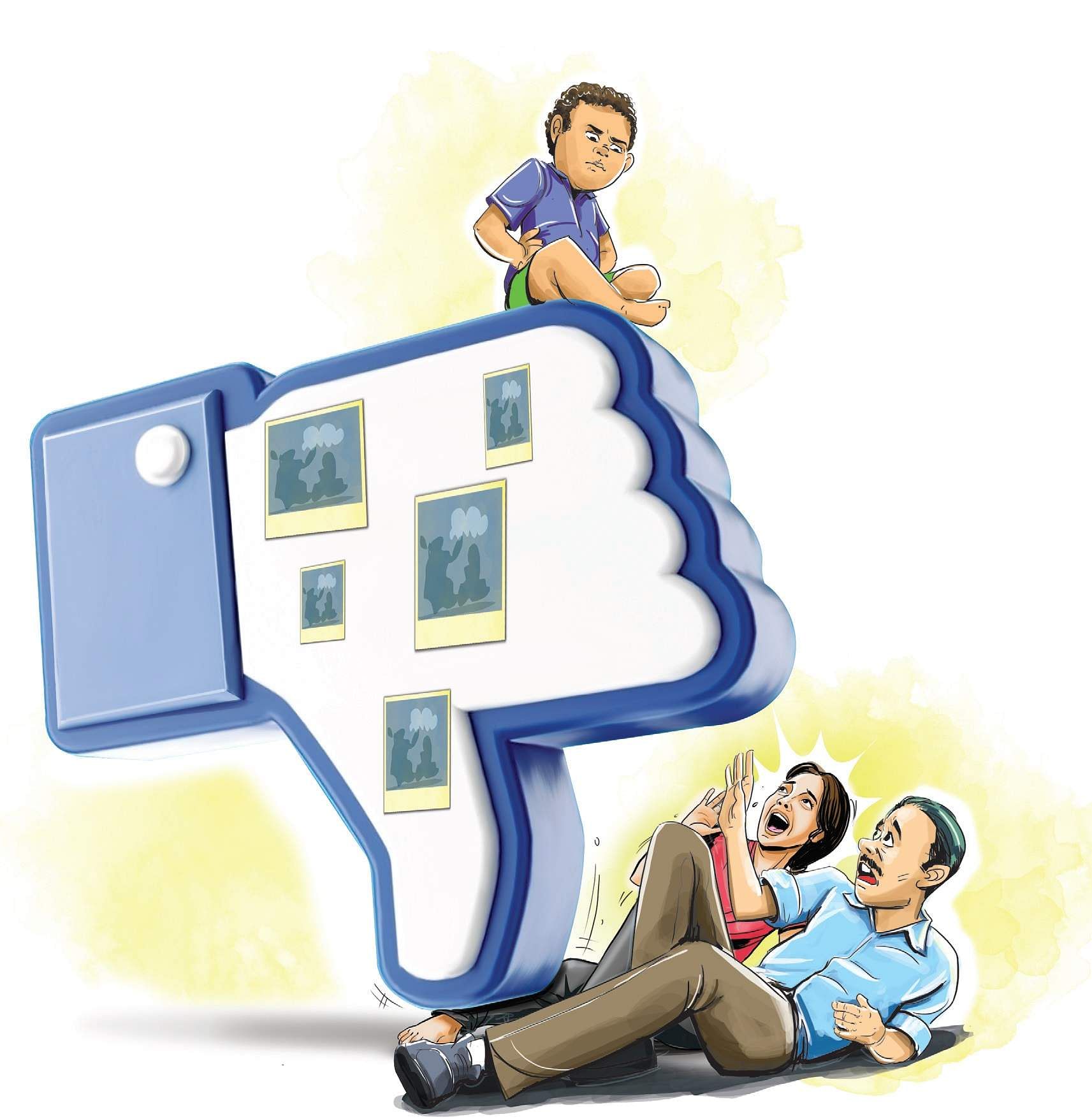 This started last month as a retaliation to the measures parents take to protect their child when the child is using Internet. What parents fail to realise is that their social media activities can affect their kids in worse ways- since they are already making their kid’s life albums on an online portal, even before their kids could understand what social media is. Parents may recoil in hurt, but then there are others who wholeheartedly support it.

‘Respect a Child’s Privacy’
John Johanan, father of a 19-year-old, says, “I am against uploading children’s pictures online in the first place. Internet is not safe, and nobody has a right to share somebody’s private moments without his consent, even if it’s a baby. Even if you’re sending your kid’s pictures to someone in a mail, it is not done! So if the parents are doing that, the child has the right to sue them.”

Senthil Kumar, parent of a nine-month-old, says that he has never posted his daughter’s pictures online because, “I don’t have that right, to share her private life on social media.” Another parent, Sushma Sundar, is also in favour of the law, “Times have changed. Before we would do everything our parents would ask us to, but today’s generation is independent. They too have a right to online privacy. There is nothing wrong with it.”

‘Parents are Gods’
Of course, it is wrong, says Aashita Chadha, a mother of two. “I believe any child cannot possibly understand how it feels like to be a parent,” she says. “Anything that a parent does comes from a space of love and children should respect that. In Indian culture, parents are seen as Gods.” She understands that posting photos online isn’t the safest thing, but “a parent will never harm his kids intentionally. We love them!”

Another parent, Prakash Tamhankar, father of an eight-year-old, says it is not fair. “Everything we do is driven by good intentions,” he says. “If we start viewing every relationship with suspicion, then we can never teach our kids to trust anyone.” He believes that a parent needs to be extra careful when it comes to posting his child’s pictures online but, at the same time, he thinks it is inappropriate to give kids the right to sue a parent based on this.

Parenting psychologist Aakriti Joanna is not in favour of this law. “Parents need to be educated on what should be posted online and what shouldn’t be, instead of implementing a law,” she says. “It’s not so much about what embarrasses someone because that is subjective. What is objective is how safe Internet is. We should focus on that.”

Think Hard before Posting
But Vidya Reddy, the co-founder of Tulir, Centre for the Prevention & Healing of Child Sexual Abuse, says that we must see the larger picture. “It’s not just about parents posting their kids’ pictures-- it’s about the larger use of pictures,” she says. “Last year, in Kerela and Tamil Nadu, a bunch of guys put up pictures of girls online asking what could be done with them. This followed a series of graphic sexual comments. Even if the page has been taken down in time, once you’re posted on the net-- you’re there forever. Somebody could’ve downloaded the whole thing! There are all sorts of instances where adults have committed suicide because their pictures were uploaded without their consent; these are just kids.”

An international campaign, Parentzone, is working towards making Internet safer for children. When asked if this law would help in the same way, Vicki Shotbolt, founder and CEO, says, “Parents sharing images of their children is a big topic and one we have done quite a bit of work on. I doubt that a law that enables children to sue their parents over images would actually make them any safer online. That said, we do think it is important for parents to think about their children’s right to a private life. Parents need to think very carefully about how much they are sharing and with whom.”