30% of the diesel vehicles and 10 % of the petrol vehicles in the city don’t follow the pollution standards.

BENGALURU: Worried about the increase of respiratory problems in winter?  People can get some relief as the Transport Department and Karnataka State Pollution Control Board have joined hands to check smoke-spewing vehicles in the city, one of the major cause for the respiratory diseases according to doctors. This is part of its annual ‘Pollution Awareness Month’ in November, So far the squads have checked more than 4,500 vehicles and booked more than 450 for violation of emission control norms. Recently the state government had introduced 12 mobile monitoring vehicles with equipment to monitor various categories of vehicular pollutants. Out of the 12, eight vehicles have been deployed in the city for monitoring. 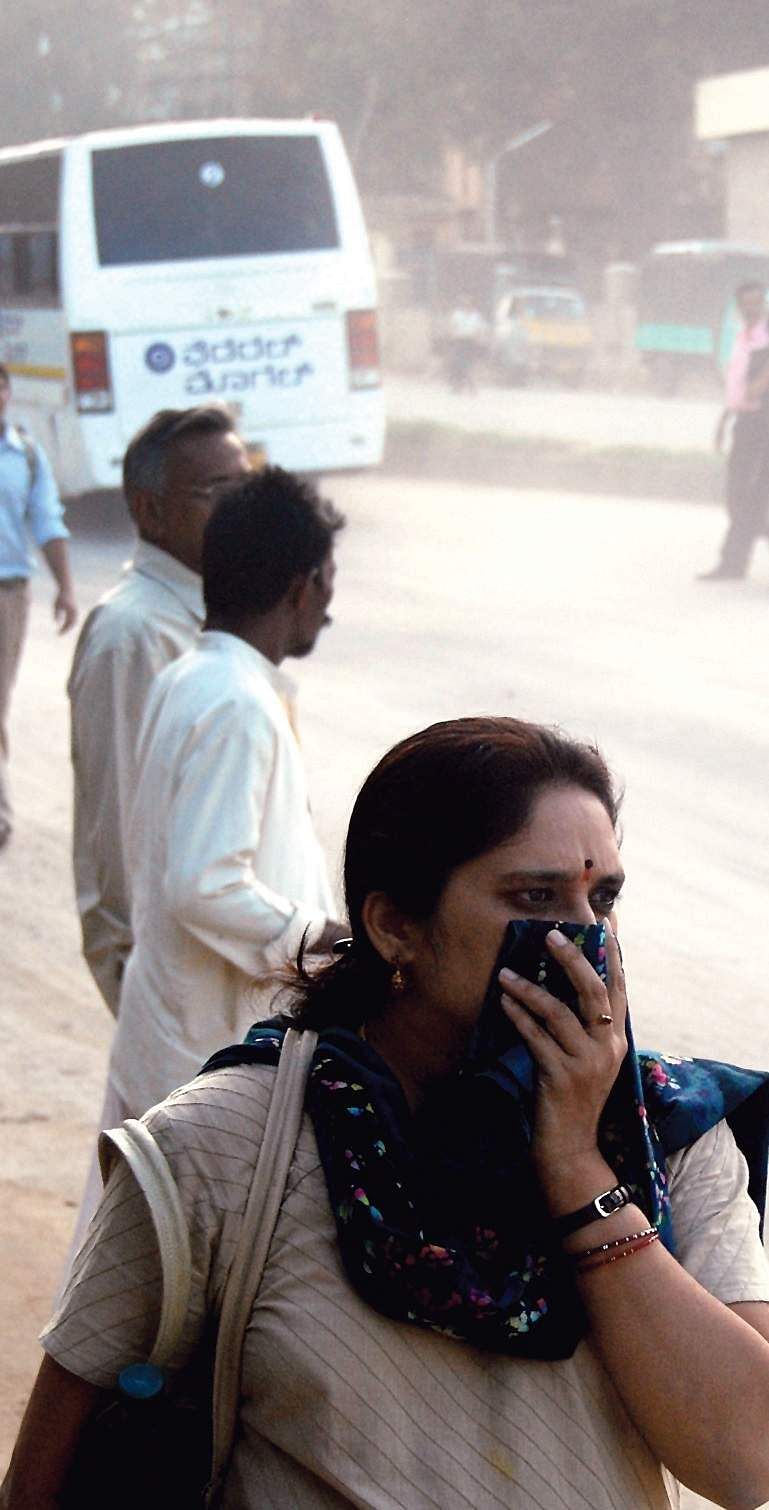 The department has also been conducting awareness campaigns along with the inspections. Said C Mallikarjun Joint Commissioner for Transport (Environment and e-Governance), “We will continue the strict drive to book the defaulters even after November.”

Many city residents City Express spoke to expressed concern about the increasing pollution in the city. “I always use a handkerchief to cover my face while I ride my two-wheeler. The smoke emitted from autorickshaws is really disturbing,” said Arun Kumar, who regularly commutes from Dairy Circle to Halsuru.Raveena N, a student from Christ university said that pollution makes her wheezing worse. “Doctors have advised me to stay away from traffic prone areas. However apart from wearing a mask I can’t do anything else “ she says.

Doctors suggest that the winter increase the amount of respiratory diseases due to the pollution. “During winter,the concentration of pollution increases as pollutants gets trapped. People with pre-existing respiratory conditions tend to have more symptoms such as wheezing, cough and breathlessness,” said DR.Vivek Anand Padegal, Consultant Pulmonologist, Fortis Hospital, Bannerghatta Road.

Intercurrent diseases such as viral infection also increases during this time. The city has the third highest number of lung cancer patients of the country.”Around 70 per cent of the lung cancer cases are caused because of smoking and environmental pollution,” said Dr C Ramesh Professor and Head, Department of Epidemiology and Biostatistics,Kidwai Memorial Institute of Oncology.