The blog has more 5 lakh followers and their Facebook page has more than 50,000 members.

BENGALURU: Karnataka State Road Transport Corporation has sent 18 notices to various app developers, bloggers and web site owners to pull down any names, words and logos with ‘KSRTC’ because the corporation holds all the rights to the brand. 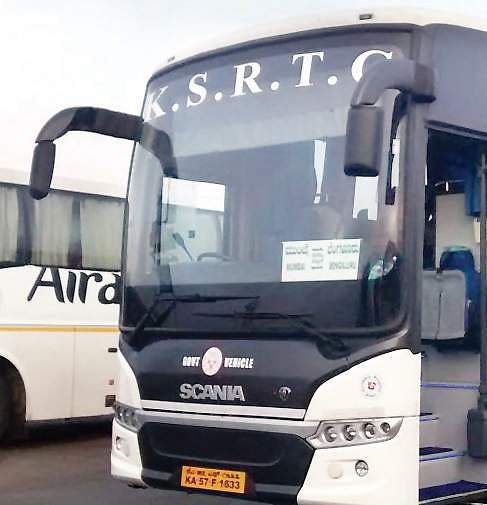 “We are answerable for all the content that comes with KSRTC,” says Rajender Kumar Kataria,  Managing Director, KSRTC. “Therefore, we have decided to take action against any individual who uses the brand name KSRTC in their apps or blogs because they may give misleading information or defame the  corporation.” Notices sent to the 18 is just the first stage.

“We will also be asking people to pull out social media pages or accounts that carry the name, because the corporation has its own official accounts.” In this drive, many fan pages will have to go.
Interestingly, this decision will affect people and fans from two states -- Karnataka and Kerala -- because both two corporations share the abbreviation. In 2013, Karnataka registered ‘KSRTC’ as their property and asked Kerala to stop using it. KSRTC (Kerala) officials called foul stating the state has been operating the services since 1965 while Karnataka began operations much later, in 1974. Kerala has filed an “objection’ with the Intellectual Property Appellate Board, says T Shibu Kumar, chief law officer with Kerala’s transport corporation, the legal battle is still on.

The Kerala corporation has many fan clubs, most active on social media platforms, and one runs a popular ‘KSRTC Blog’. The administrator of this blog, which provides information and bus timings, too has got the notice from the  Karnataka corporation. The blog has more 5 lakh followers and their Facebook page has more than 50,000 members.

The legal notice that was sent to Sujith Bhakthan TR, the administrator, says that he has violated the intellectual property rights of KSRTC (Karnataka) and, without its authorization, has made unfair gains out of the brand. In addition, with “unauthorized usage” and “falsifying a trademark” information, the blog has caused a “huge loss of revenue” to KSRTC (Karnaraka). It warns the blogger to “remove all content pertaining to KSRTC” from the website.

The blogger is surprised because he has not posted anything about the Karnataka corporation. “My blog is exclusively for the Kerala transport corporation and its promotion,” says Sujith. “I never published any misleading or negative posts about KSRTC(Karnataka) and will go ahead with the legal proceedings.”