‘I hide my disability to keep a job’

BENGALURU: 26-year-old electrical engineer is forced to hide his disability, for fear of losing his job. His current employer is unaware that he uses an artificial limb.

Sameer (name changed) had applied for a job in a well-known company about four months ago. He had informed the HR of the company that he had lost his left leg, in a road accident, and wears an artificial limb. The company did not have a problem with it, at least not until they sent him an offer letter with a joining date. 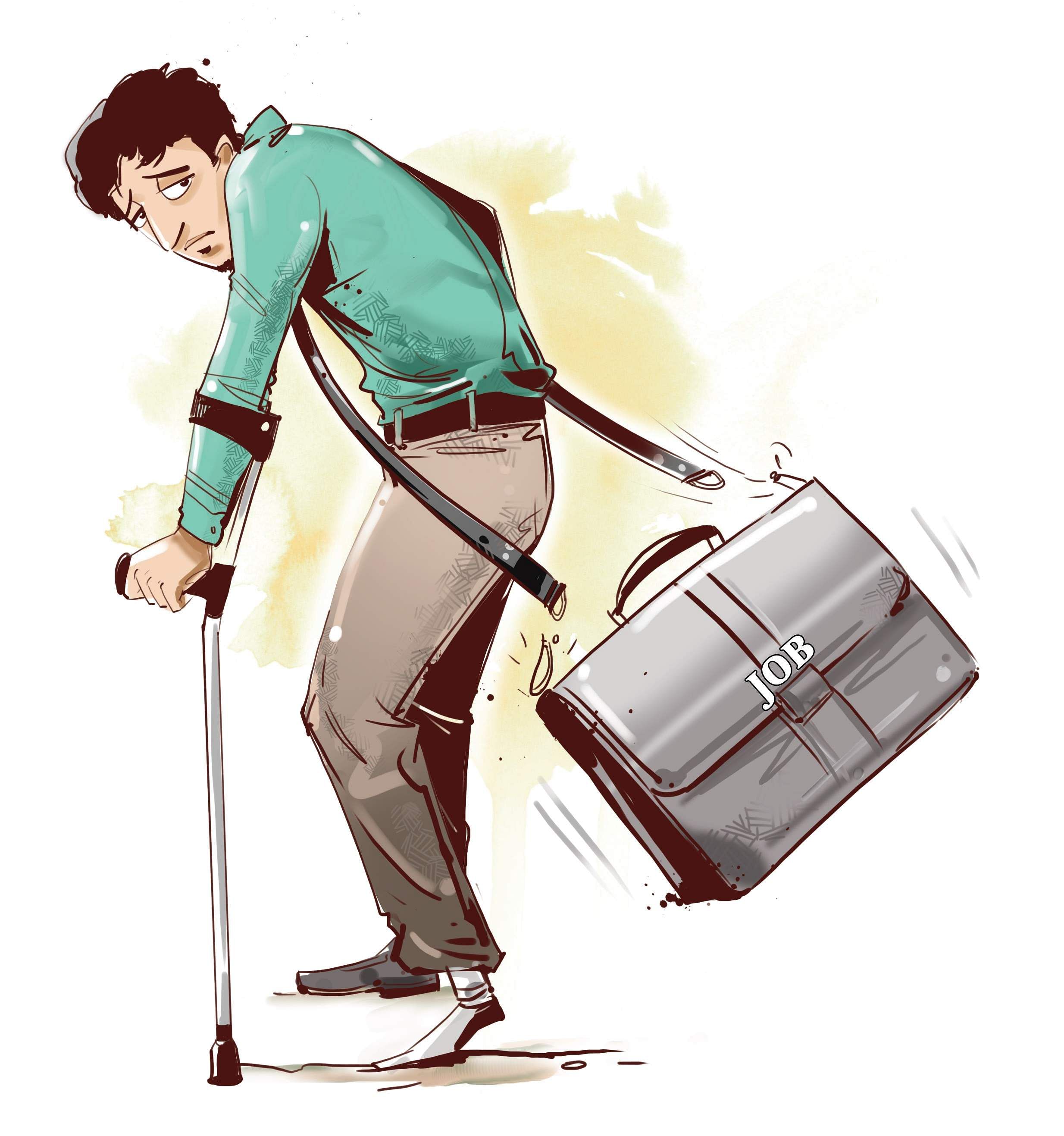 “I was called for interviews and they selected me for the job,” he says. “I got the offer letter with a joining date and resigned from my previous company after getting the letter. But when the doctor gave my medical certificate for company insurance, they changed their mind. The certificate mentioned that I am physically fit and capable of doing the job but added that I wear an artificial limb. After that, they simply refused to proceed with the offer.”

He also received a written explanation that he is not being considered for the job because he uses an artificial limb. “I have five years of experience. When I contacted them again saying that they cannot deny the job after offering me the letter, they said they have ‘sympathy’ for me. When I insisted that the job will be great for my career, they said they will get back to me in two to three days but I didn’t hear from them again,” he says.
Sameer had to request his previous company to ignore his resignation letter and keep him. Fortunately, they agreed. He adds, “I kept looking for better job opportunities. I even thought of starting a business of my own but did not have enough funds. I am the only earning member in my family. My father passed away sometime ago. My mother and two younger brothers are dependent on me.”

Except for a few of his seniors, no one in his current organisation knows of his disability. He says, “Only a few seniors know because I told them about it. It is not easy to make out that I am using an artificial limb. I can walk fine, do all the chores like an able person. Even when someone comes asking what’s wrong with my leg as I limp a little, I tell them that I had an injury.”

Sameer has completed B Tech and did a diploma in electrical engineering. He adds, “None of my friends whom I lived with, during my graduation and diploma course, know that I use an artificial limb. Until I detach the limb in front of someone, no one gets to know.”

He lost his left leg in an accident when he was three. He says, “I can walk on any terrain, ride bikes and also play badminton for two to three hours without any problem. I am on no medication or therapy. I tried to convince the employers saying all this, but it came to naught.”