No Jan, No  Akrosh: It was business as usual in Bengaluru

With schools and colleges, IT companies and banks functioning normally, Bengalureans were hardly affected by the ‘Akrosh’.  Congress workers took out a procession till Mysore Bank Circle and traffic m

BENGALURU: ‘Jan Akrosh Divas,’ called by opposition parties against the demonetisation move, turned out to be a damp squib in Bengaluru. With schools and colleges, IT companies and banks functioning normally, Bengalureans were hardly affected by the ‘Akrosh’. The vehicular movement in parts of central business district was affected. Services of KSRTC, BMTC, Railways and Namma Metro were, however, unaffected. Long queues were seen in front of ATMs and banks. 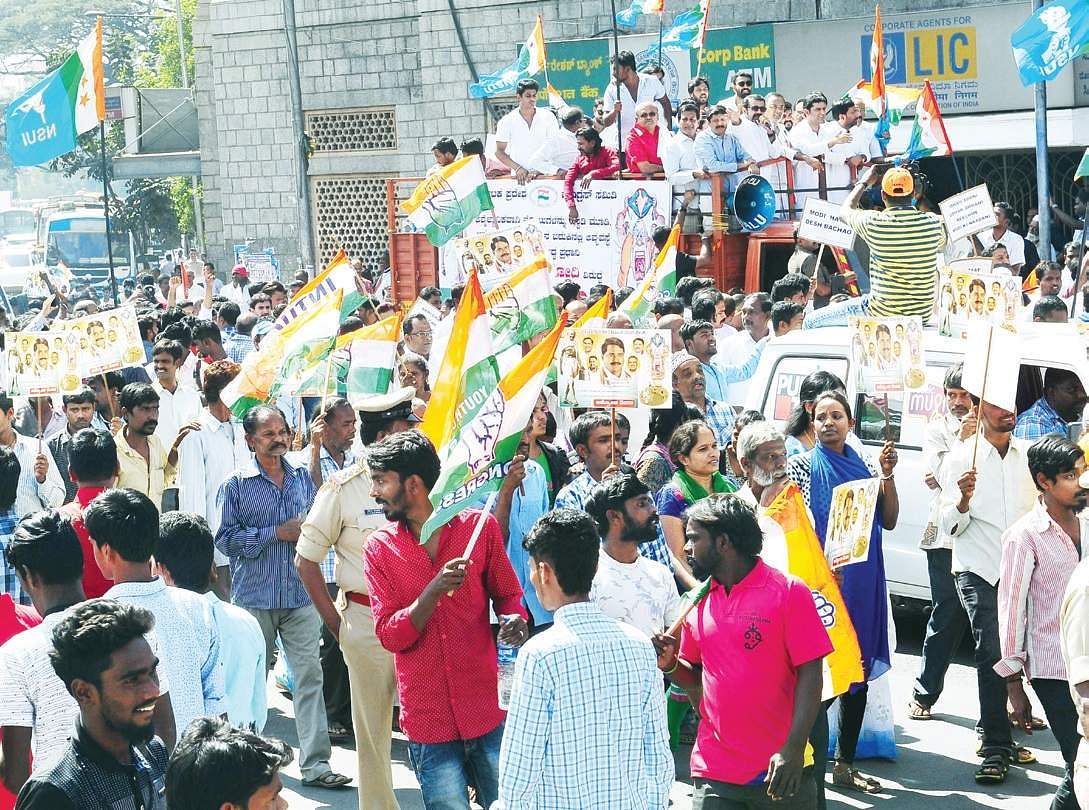 The Karnataka Pradesh Congress Committee (KPCC) staged a protest in front of Town Hall with its president Dinesh Gundurao and local leaders taking part in it. They shouted slogans against Prime Minister Narendra Modi.

Gundurao said, “We are not against the move against corruption but the way things have been handled by Central government”.

Congress workers took out a procession till Mysore Bank Circle and traffic movement was hit partially. All India Trade Union Congress,Centre of Indian Trade Unions and several other trade unions extended support to the protest.

Protesters alleged that people were suffering due to the sudden move of the government.Sudden withdrawal of high denomination notes has caused severe problems to poor people like street vendors and rickshaw pullers. On the other hand, BJP celebrated the day and distributed sweets in different parts of the city.  MLA Ravi Subramanya distributed sweets in Basavangudi as did MLA Narayanaswamy in Hebbal. BJP workers also organized a slew of programmes in other parts of the city,including Malleswaram.